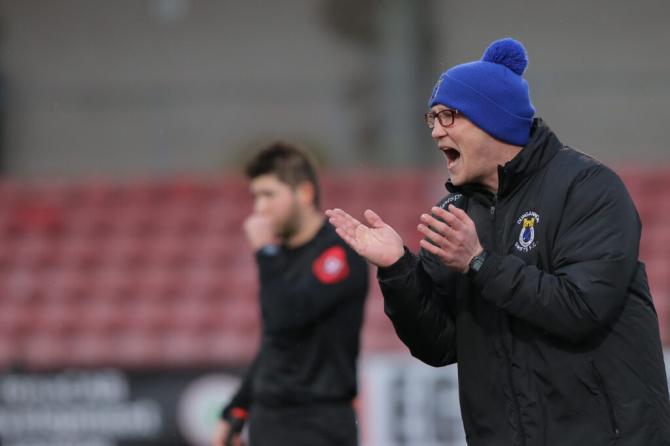 A statement this evening from Stangmore Park said: “First Team Manager, Kris Lindsay, has parted company with the club by mutual consent.

“We would like to take the opportunity to publicly thank Kris for the commitment and desire he showed during his time in charge at Stangmore. We cannot fault his 100% effort.”

Chairman Keith Boyd said: “Kris has been a pleasure to work with over the last couple of years. I’m disappointed it hasn’t worked out with him for the long term with Dungannon Swifts.

“I’ve made a friend in football with Kris and we would welcome him back to Stangmore Park at any time. I wish him well for the future.”

The statement added: “Kris, we wish you and your family every success for what the future brings and we hope it’s not too long until you are back in the game!
“Head of Youth Development, Dixie Robinson, will take over the reins from Lindsay on an interim basis, until the of season.”

Lindsay, 37, became the Swifts' manager in September 2018 after Rodney McAree moved to Coleraine.

Dungannon are currently bottom of the Irish Premiership table on goal difference behind Portadown and Carrick, with all three sides level on 12 points.

Swifts are due to play Portadown at Shamrock Park this Saturday.

There will be no relegation this season after the Championship was declared null and void.

Swifts have won three games out of a possible 17 this season.

They drew 1-1 with Warrenpoint Town on Tuesday night.