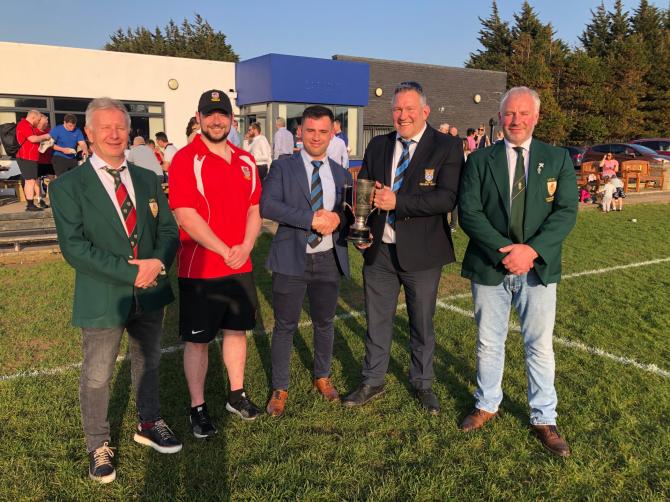 Coleraine defeated Larne to win the Emile Trophy at the weekend.

COLERAINE FIRST XV secured a second-place finish in the league on Saturday and with it a spot in the promotion play-offs, with two games remaining.

The Montgomery Irwin-sponsored side produced a dominant 61-23 win over Larne in the Kukri Ulster Rugby Championship, Division Two, and now move to the last two fixtures of the season with a 12-point lead over nearest rival Donaghadee.

The remaining games are sure to be stunners with two local derbies - this weekend away to Limavady and the following week’s season finale at Ballymoney.

This year, as a result of COVID-19, the league ends with the top four clubs vying for promotion in a playoff on April 16 and a final on April 23.

Second place in the league means a home fixture for Coleraine against the third placed team on April 16 - another entertaining game to be savoured by the local support.

The award, first played for between the two clubs in 1936, has been reinstituted in recent years as a trophy for the best team in the two league fixtures.