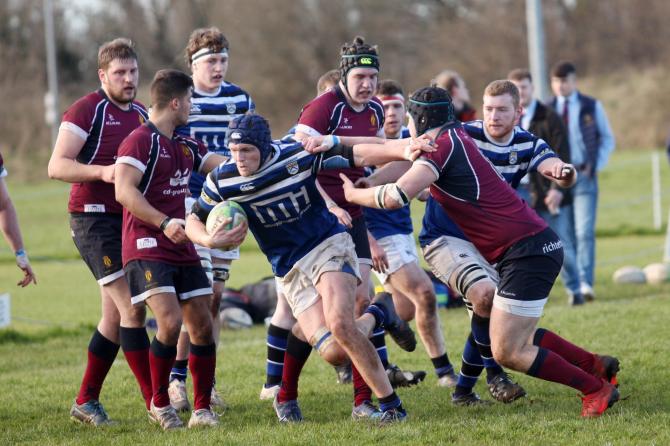 IT promises to be a busy weekend at Coleraine Rugby Club with a number of the club's teams in action on Saturday.

First up, in the morning, is the club's impressive Under-16 team.

The young guns have brushed aside all in their path this season to date and will look to continue their fine form when they host Clogher Valley.

The sides meet in the semi-final of the Ulster Carpets U16 League at 11am with Coleraine hoping to book their place in another final.

Later, in the afternoon, it's the turn of the club's First XV to step centre stage when they entertain Donaghadee in a crucial league game.

The Sandel Lodge side remain second behind north west rivals Limavady Utd and a win over their county Down visitors will increase the pressure on the Roesiders.

It will also boost confidence ahead of next weekend's Towns Cup semi-final meeting against Dromore, away.

Coleraine ran in four tries as they gained revenge on their opponents for a defeat earlier in the season.

As ever, The Chronicle will have reports and photos from all the weekend games in Tuesday's newspaper.