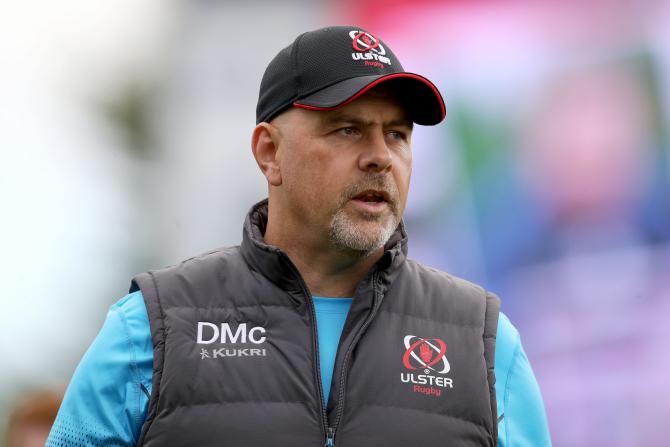 THE Ulster match-day squad has been named to face Munster in Round 2 of the Guinness PRO14 Rainbow Cup on Friday (Thomond Park, 8.15pm kick-off).

There are nine changes to the side that travelled to Leicester last Friday.

In the back three, Jacob Stockdale and Ethan McIlroy are retained at full-back and left-wing respectively, with Rob Lyttle coming in to start on the right.

Will Addison will make his first start this season at outside centre, partnering up with Stuart McCloskey. Michael Lowry and Alby Mathewson will form the starting half-back partnership.

It’s all change in the front row with Andrew Warwick and Tom O’Toole getting the nod at loosehead and tighthead prop and John Andrew named at hooker.

Last week’s second row pairing of Alan O’Connor and Iain Henderson has been retained and Henderson will lead the side.

In the back row, Marcus Rea is named to start at openside flanker with Jordi Murphy making the switch to blindside, and David McCann is selected at number eight.

Angus Curtis makes a long-awaited return to the Ulster match-day squad for the first time since he sustained a serious knee injury in December 2019, and is named among the replacements.

He is joined by David Shanahan and James Hume in providing back line cover.

Wallaby lock Sam Carter is also set for his return to action and he joins Rob Herring, Callum Reid, Marty Moore and Nick Timoney as the forward options on the bench.