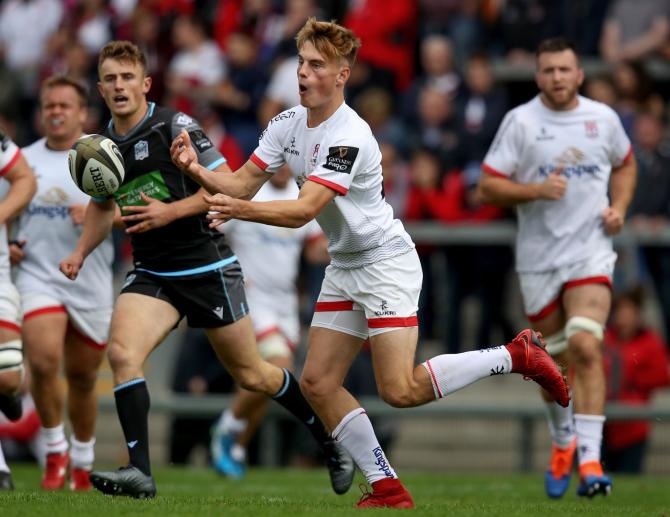 Ethan McIlory returns to the Ulster team for this weekend's clash with Leinster.

THE Ulster match-day squad has been named to face Leinster at the RDS Arena tomorrow evening (Friday), 7.35pm kick-off.

The team sees five changes to the side that defeated Munster at Kingspan Stadium on Saturday.

Michael Lowry comes in to start at full-back and is joined on the wings by Matt Faddes and last weekend’s Player-of-the-Match, Ethan McIlroy.

Stuart McCloskey and James Hume will form the midfield duo, and in the half-backs, John Cooney will partner Billy Burns.

Andrew Warwick and Marty Moore are named at loosehead and tighthead prop, with Rob Herring completing the front row at hooker.

Alan O’Connor comes in to pair with captain Sam Carter in the second row. Greg Jones, Jordi Murphy and Marcell Coetzee make up the starting back row forwards.