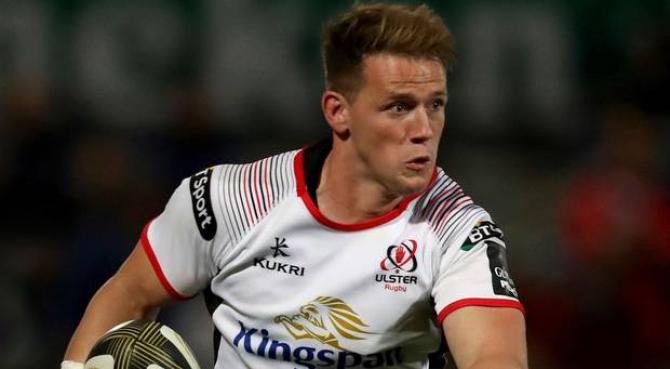 The Ulster team has been named for Saturday’s pre-season fixture versus Glasgow Warriors at Kingspan Stadium (1.30pm).

Tickets for the game, priced from £7 for juniors and £14 for adults, are still available at UlsterRugby.com/BuyTickets.

Dan McFarland has selected a panel of 29 players for the clash, with new signings Matt Faddes, Sam Carter and David O’Connor all set to make their first appearances in Ulster colours.

Billy Burns will captain the side for the first time and will be joined by half-back partner Jonny Stewart, while Faddes is paired with James Hume in midfield.

Craig Gilroy has returned from a long-term back injury and will play for the first time in almost 10 months. The winger lines out alongside Angus Kernohan and Michael Lowry in the back three.

O’Connor will partner his brother Alan in the second row, with Kyle McCall, Adam McBurney and Ross Kane set to start in the front row. McFarland has opted for a back row combination of Clive Ross, Marcus Rea and Greg Jones.

John Cooney, who was involved in Ireland’s extended Rugby World Cup training squad this summer, is also likely to get some game time from the bench.

David Shanahan, Luke Marshall and Angus Curtis, who has also had a long spell on the sidelines, will provide additional backline cover.