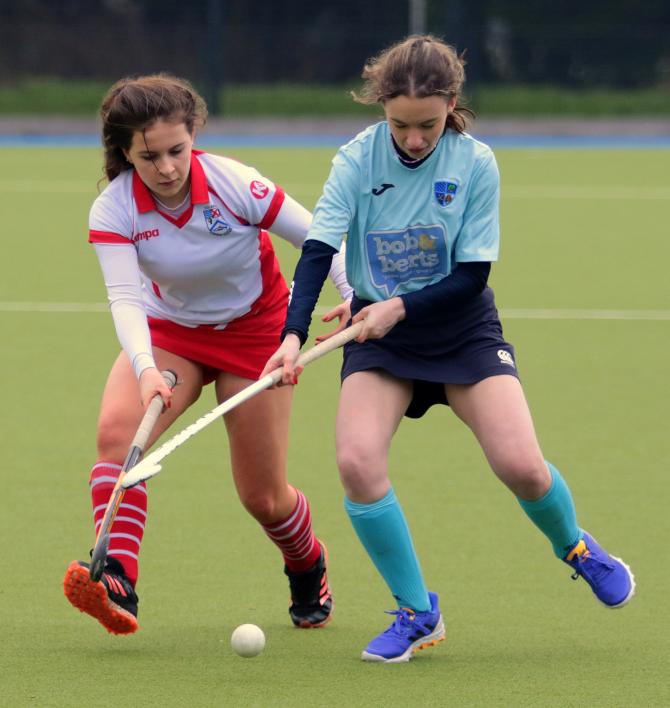 Coleraine Fourths and their Ballymoney counterparts did battle at the weekend.

On Saturday 15th January, Coleraine 1st XI Ladies made their journey to the Meadowbank Arena in Magherafelt to take on Rainey 1st XI in a slightly different environment than normal.

Getting used to the indoor atmosphere and pitch was Coleraine’s biggest challenge, but they were eager not to let the bounce of the pitch determine their fight to win a second game on the bounce after the Christmas break.

The game started off timidly with both teams trying to get a feel for the game.

Soon the tempo of the game increased with powerful runs down the wings by Ellen Strawbridge, Kelly Watt and Kia McCartney looking to create some chances in the circle.

The hosts in turn had their share of possession in the first half, having the advantage of knowing the surface of the pitch.

The travelling team were the first to capitalise on any opportunities after Zoe Purdy hit home after a penalty corner straight strike.

The second half remained fairly even, with both teams having their share of possession and creating chances. The defence of Rebecca Crowe, Olivia Aughey, Kenya McCartney, Sue Nutt and player of the match Jess Small remained sturdy in defence thwarting any chances.

However, the home side finally managed to find an equaliser from a quick short corner deceiving the goalkeeper.

Both teams kept fighting until the final whistle, with Coleraine going agonisingly close just minutes from full time, after a charging run by Kelly Watt found Grace Bradley unmarked in the circle who just missed the backboard by inches.

The game ended 1-1, both teams sharing the points this weekend.

Coleraine would like to thank the umpires and supporters who travelled, they play Omagh at home next Saturday where all support is welcomed.