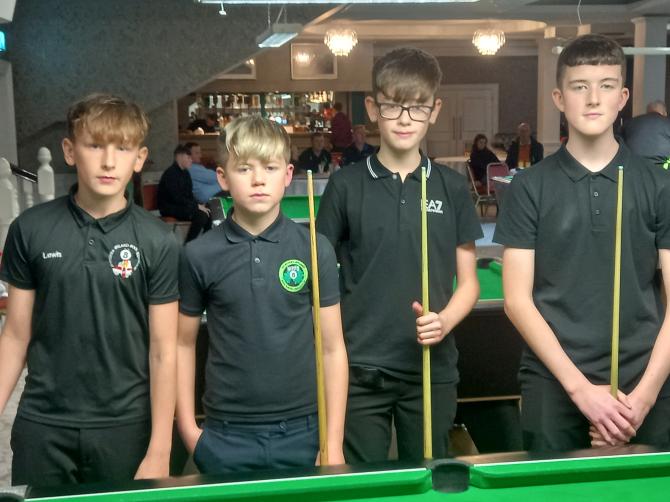 COLERAINE’S Lewis Dougherty suffered an agonising defeat in the final of the under-15 singles at the NI Pool Championships last weekend.
In a thrilling World Rules final the young Potters Club player stormed to a 4-1 lead over the fast-potting Gerard Francis Heaney at the Mellon Country Inn Hotel in Omagh.
Lewis had played commanding pool to gain a deserved advantage but NI international Heaney hit back to level the match at 4-4 and in a nail-biting final frame, potted a superb yellow with a fine cut to the middle to leave him an easy black for victory.
Lewis can be proud of his performance but will regret missed chances to take the title.
Heaney had reached the final when he defeated Potters' Devin Rankin – playing in his first ever tournament – 4-1.
In a close match Devin trailed 3-1 and should have made it 3-2 when he superbly cleared all his yellows but somehow missed a simple black to the middle to make it 3-2.
Heaney took full advantage to sink the black and book his place in the final.
However, Devin gained revenge when he defeated the new NI champion in the development tournament, knocking him out with a deserved 3-1 victory in the quarter-finals before going out at the semi-final stage.
Young Jack Hull endured a frustrating day at the championships but did very well to come through the group stages of the under-18 tournament only to lose out in the semi-finals.