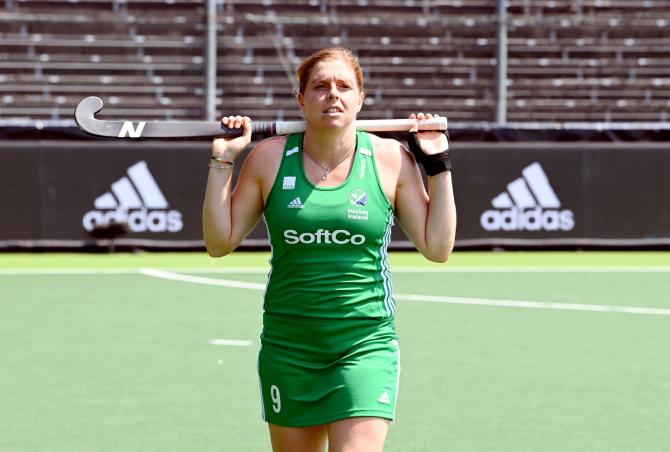 The team was delighted to return to the pitch after such a long period, having played just one match in the 2020-21 season before competitive sport was halted due to the pandemic.

Ballymoney have been handed the added boost of Irish captain Katie Mullan returning this season as player/coach at the club.

Paul Cooke also returns to the club to assist Katie in leading the First XI.

Ballymoney began the game at a high pace and it wasn’t long before Katie netted her first goal from open play.

Katie’s excellent form continued with another two goals in the first quarter, both from open play and a well worked penalty corner.

Raphoe, however, showed their own ability to score with a number of counter attacks earning themselves a penalty corner which they converted to make the score 4-1 at half time.

Ballymoney responded after the break with Susie Brown reacting to an initial save from the Raphoe goalkeeper to put the ball high into the net on the rebound.

Raphoe once again replied by converting at the other end making the score 5-2.

It was Ballymoney, however, who had the final say with Katie Mullan demonstrating her exceptional goal scoring ability earning her fifth goal in the match.

The game finished with a well worked Ballymoney team goal with Nikki Parke getting a deflection on a cross from Aine Kearney.

The team were delighted to secure their first league points of the season with such an impressive performance and score line.

Ballymoney host Lurgan this Saturday where they will be hoping for another good team performance.