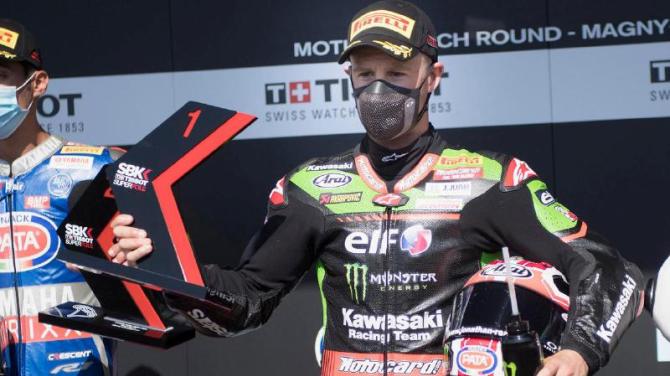 LOCAL Superbike champion Jonathan Rea was handed his first win in eight races in unusual circumstances at the weekend after his rival was penalised.

The Ballyclare rider went head to head with original winner Toprak Razgatlioglu in a tense Superpole outing at Magny-Cours.

Rea was beaten into second on the track in all of his three races over the weekend, but was later awarded the Superpole victory after it was adjudged that Razgatlioglu had exceeded track limits to edge Rea by 0.3 seconds during a thrilling final lap.

Reigning six-time champion Rea is now seven points behind his rival ahead of round nine in Catalunya on September 17-19.