What more could Jonathan Rea do? 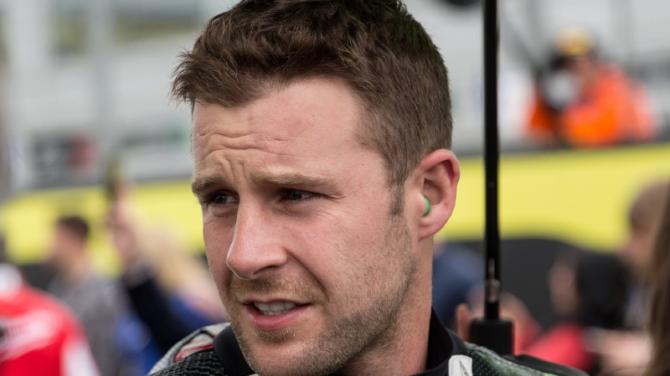 IRATE fans have accused the BBC of delivering a scandalous snub to all-conquering Templepatrick race ace Jonathan Rea after he was omitted from the Sports Personality of the Year shortlist.

Rea, a Freeman of the Borough of Antrim and Newtownabbey, roared to his sixth successive World Superbike Championship this year - a feat without precedent.

In 2017, after scooping his third title, he did make the cut and came within 3,000 votes of winning the sporting showcase over Sir Mo Farah.

But three years, and three championships on, the local hero is conspicuously absent from the list.

And that, according to South Antrim MP Paul Girvan, is a source of ‘deep disappointment’.

“People not just in South Antrim, but across Northern Ireland will be hugely disappointed by the decision of the BBC to exclude Jonathan Rea from the BBC SPOTY shortlist,” he said.

“Jonathan is rightly viewed as the king of motorsport, putting South Antrim and indeed Northern Ireland on the global stage.

“Jonathan’s record-breaking achievements have united people across Northern Ireland in support of our local hero, who just this year clinched his world record sixth World Superbike title in a row.

“The competition for the BBC award is now the poorer without Jonathan’s inclusion.

“Jonathan Rea will always be our local champion, regardless of views held by the BBC.”

But actions speak louder than words.

Mr Girvan raised the issue during Northern Ireland Questions at Westminster on Wednesday.

Furthermore, he had co-sponsored an Early Day Motion at Parliament.

It reads: ‘That this House congratulates the record breaking World Superbike Champion Jonathan Rea MBE on winning his sixth consecutive World Superbike title; recognises his remarkable achievement as the most successful rider in the history of the championship; expresses shock and dismay at Jonathan Rea MBE being excluded from the BBC Sports Personality of the Year shortlist for 2020; and calls on the BBC to reconsider this unjustified exclusion, to afford the public the opportunity to vote in recognition of his success this year, and his status as the greatest Superbike rider of all time’.

Mr Girvan has also appealed directly to Tim Davie, the Director General of the BBC urging him to bring pressure to bear - especially in light of boxing champ Tyson Fury’s calls for his name to be withdrawn from the final six.

“I was greatly shocked that Jonathan Rea was omitted from the final shortlist,” he told the DG.

“Mr Rea, a native of the constituency I am honoured to represent in Parliament, won the World Superbike Championship for the sixth time, winning all of his championships consecutively.

“By doing so Jonathan Rea has cemented himself as the single most successful motorsport competitor that our nation has seen in the last decade, breaking numerous records in one of the most competitive sports in the world.

“Whilst the six contenders for Sport Personality of the Year this year have accomplished incredible feats, and I do not wish to diminish their achievements, Jonathan Rea’s triumphs this calendar year, along with his attitude to his sport and his community, place him at the very pinnacle of our nation’s sporting greats.

“Northern Ireland has produced some of the greatest sportsmen and sportswomen that the UK has seen.

“Our sporting heritage, however, seldom comes with the recognition it deserves.

“With Tyson Fury requesting that he be removed from the shortlist I ask, along with the people of the United Kingdom who recognise the achievements of Jonathan Rea, to place the World Superbike Champion on the shortlist, to all him to be added to the number.”

It may not be as simple as that, however.

A BBC spokesperson said: “The shortlist is selected by an independent panel who consider many different sportspeople.

“The nominees shortlisted were decided by the panel to be those who had made the biggest sporting impact this year.”

Asked directly if Rea could yet be added, the response was emphatic.

“He won’t be added to the shortlist,” said the Corporation spokesperson.