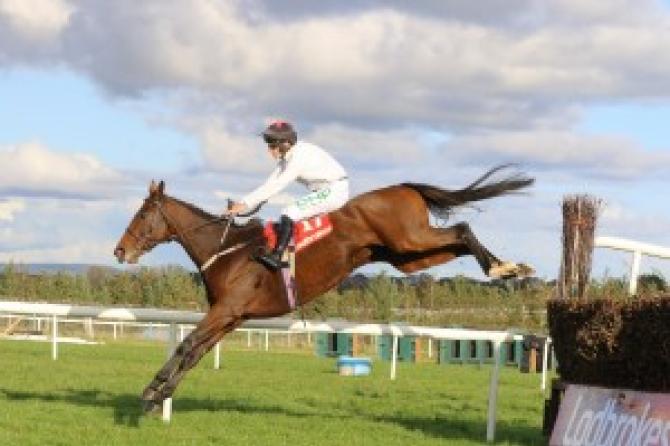 The eight-year-old, third in the Galway Plate, added the Kerry National at Listowel in September to last season’s runaway win in the JT McNamara Ladbrokes Munster National at Limerick and is one of two entries for the champion trainer in the biggest race of the season at the County Meath course.

Mullins, who won the Ladbrokes Troytown Handicap Chase with the Paul Townend-ridden Beroni in 2009, has also entered Robin Des Foret and the Closutton duo are to be found at the head of the weights which were published this morning.

Sharing top-weight with Cabaret Queen is Gordon Elliott’s Cheltenham Festival winner Milan Native. Elliott has by the far the best recent record of any trainer in the race; he’s won it four times in the last six years and has this season’s Munster National winner Aforementioned, the Grade 1 winner Death Duty, the Irish Grand National winner General Principle and Roaring Bull, a big winner at Leopardstown last Christmas, among his 13 entries.

Henry De Bromhead won the Ladbrokes Troytown Handicap Chase with Chris’s Dream last year and he has five in the race, including the course winner Minella Times and Walk Away. Joseph O'Brien is another with five entries and his quintet is led by the novices Anything Will Do and Speak Easy.

Fitzhenry and Portmore Lough finished second and third to Chris’s Dream in this race last year and could be back for another tilt for trainers Paul Nolan and John Kiely respectively. Gearoid O’Loughlin has entered his Ulster National winner Space Cadet while Moyhenna, Sunday’s Wexford winner Scoir Mear and Ah Littleluck, with ground to make up on Aforementioned on their recent Limerick runs, could yet represent trainers Denis Hogan, Tom Mullins and Tom Gibney.

Peter Killeen, Navan Racecourse manager, said: “Running the Troytown Chase in early November is in keeping with 2020 where everything is a little different. While our flagship race will be behind closed doors, the entries suggest the race is certainly shaping up to be a mouth-watering spectacle for all those watching it from the settee on November 8.

“The increased prize money to €125,000 certainly puts it up there as one of the main highlights of the National Hunt season and with all the top stables represented at this stage, I’m sure the Troytown Chase will live up to its reputation in providing a truly run competitive race.

“It is terrific that Ladbrokes continue to support Navan in these challenging times and I would like to take the opportunity to thank them for their sponsorship of such a prestigious and historic race. And speaking of history, it is worth acknowledging and raising a glass to Troytown himself as it is a century since the locally owned and bred champion won the Aintree Grand National.”