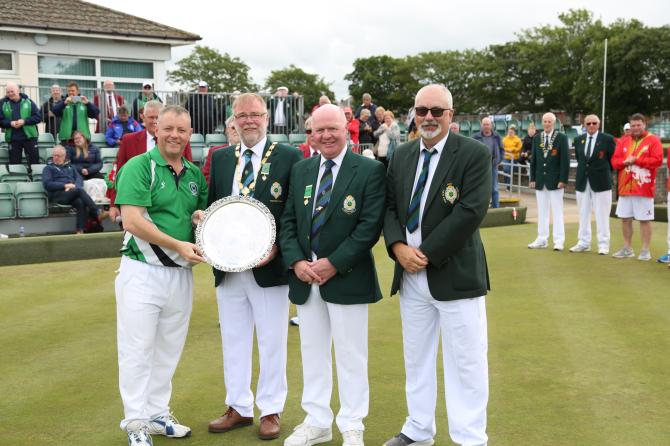 LOCAL bowler Ian McClure admits captaining Ireland to a first British Isles International series win in a decade is right up there with his  achievements in the sport.

The former Commonwealth Games and World Championship medallist led from the front as the Irish bridged a ten year gap to their last success in the tournament in 2009.

Ireland won their opening two games against Wales and England to set up a winner takes all meeting with Scotland in the final game of the series on Sunday.

The hosts, strong favourites to win the title on home ground, started brightly and led 36-22 after five ends.

They continued to dominate their opponents from across the Irish Sea and extended their advantage to 71-49 after ten ends and 8-55 after two further ends.

However, inspired by the experienced McClure, Ireland mounted a comeback, scoring 18 shots without reply across the green on the 13th end.

Three ends later and they took the lead for the first time, some brilliant play seeing them move six shots clear of their hosts.

The lead continued to change hands as the match neared its conclusion with the big crowd gripped by the drama unfolding at the Northfield club in Ayr as the match went right down to the wire.

This week's front & back pages