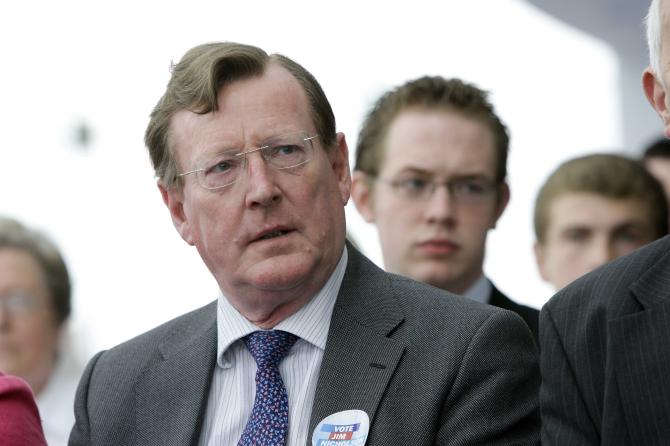 The 77-year-old was one of the architects of the Good Friday Agreement.

David Trimble had become the MP for Upper Bann in 1990 following the death of Harold McCusker and came to prominence partly due the Drumcree disputes of the 1990s.

In 1995 he became the leader of the Ulster Unionist Party, leading the party until 2005.

He became a peer in 2006 and left the UUP to join the Conservatives a year later.

His work throughout the peace process led to him awarded the Nobel Peace Price alongside the SDLP's Seamus Mallon.

Posting on Facebook tonight, the current leader of the UUP, Doug Beattie MLA - whose seat is in Upper Bann - said, "Tonight’s news will cause deep sadness throughout Northern Ireland and much further afield.

"David Trimble was a man of courage and vision. He chose to grasp the opportunity for peace when it presented itself and sought to end the decades of violence that blighted his beloved Northern Ireland.

"He will forever be associated with the leadership he demonstrated in the negotiations that led up to the 1998 Belfast Agreement.

"The bravery and courage he demonstrated whilst battling his recent illness was typical of the qualities he showed in his political career, at Stormont and at Westminster.

"On behalf of the Ulster Unionist Party, and with a very heavy heart, I would like to extend my deepest sympathies to his wife Lady Trimble and his children, Richard, Victoria, Sarah and Nicholas."

Former Taoiseach Bertie Ahearn added: "I think history will remember him as a politician who, in a really difficult time, when we were trying to end 30 years of violence, in spite of everything, stood up and put his name to that agreement.