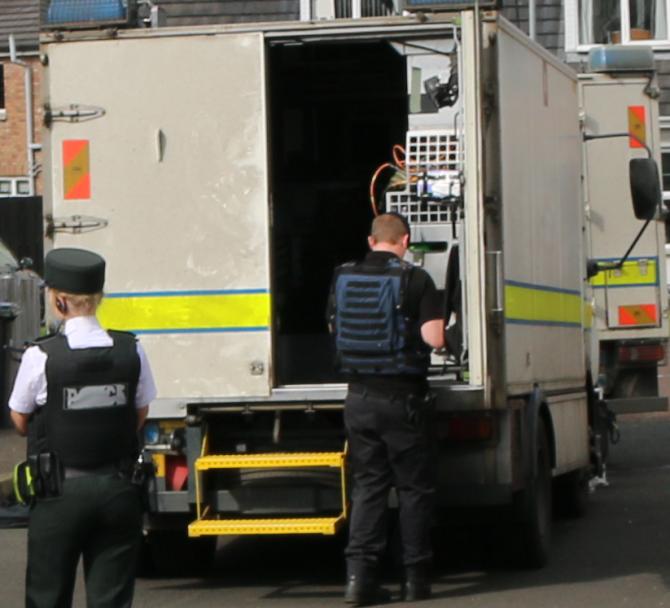 THE security alert at the Henry Street area of Ballymoney ended just after midnight at around 12.30 Sat July 09.

Inspector Burns said: “At around 7:05pm on Friday 8th July, police received a report of a suspicious object in the area."

This was understood to be a taped up blue bin.

Inspector Burns continued: "Officers and ATO attended with two controlled explosions carried on the object, which was declared nothing untoward.

“A number of homes were evacuated during the public safety operation and residents are returning to their properties. All roads that were closed, have now reopened. We would like to thank those affected for their cooperation as we made the area safe.

“Enquiries are continuing to establish the circumstances surrounding this incident and would appeal to anyone who witnessed anything suspicious in the area, to contact police quoting reference number 1602 08/07/22.

"You can call 101, or you can submit a report online using our non-emergency reporting form via http://www.psni.police.uk/makeareport/  The independent charity Crimestoppers can also be contacted anonymously on 0800 555 111 or online at http://crimestoppers-uk.org/ ”