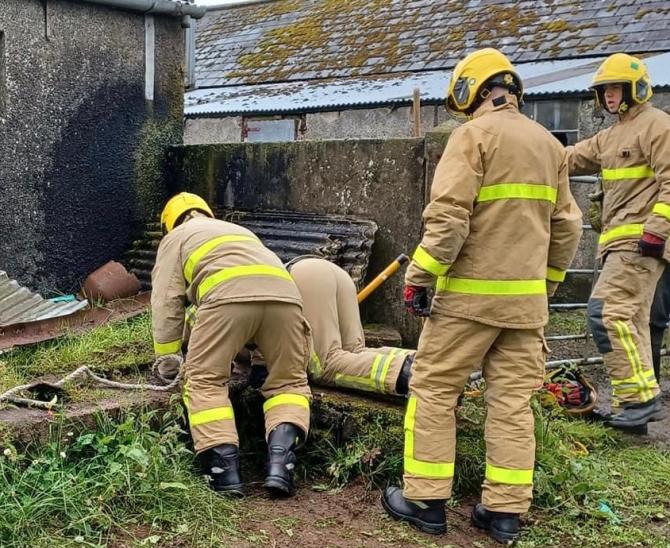 Fire fighters work to rescue a calf at a farm near Rasharkin.

FOUR Fire Appliances attended a farm on Aghill Road, Rasharkin on Sunday (July 3) morning to rescue a calf that had fallen into a slurry tank.
The Northern Ireland Fire and Rescue Service (NIFRS) received the call at 9.17am with appliances from Ballymena and Kilrea attending as well as the Large Animal Rescue Team from Omagh and the Specialist Rescue Team.
A NIFRS spokesperson said: “Firefighters were called to rescue a calf from a slurry tank. They used slings and reach poles to rescue the calf. The incident was dealt with by 10.49am.”
Station Commander Alan Barr from Ballymena District praised the efforts and teamwork of all involved. He was pleased to report that the rescue was successful and that the calf was reunited with its mum.