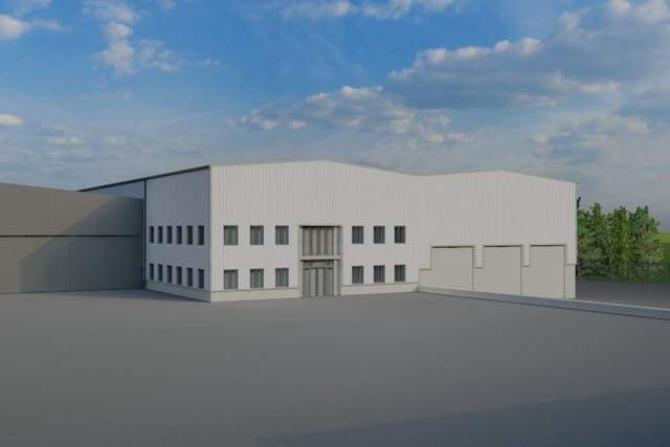 Graphic of the expanded Terex factory at Frosses Road

MULTINATIONAL firm Terex, is taking forward plans for a £9 million expansion at their Ballymoney factory on 69 Frosses Road.

The US firm, which acquired the large local metal fabricator JMF in 2015, lodged plans to extend the Frosses Road factory by another 63,000 sq ft, on May 31.

It comes just weeks after the US group bought Cookstown manufacturer Steelweld Fabrications.

This development is one of the biggest investments by Terex in Northern Ireland.

An investment in Londonderry several years back created 100 jobs.