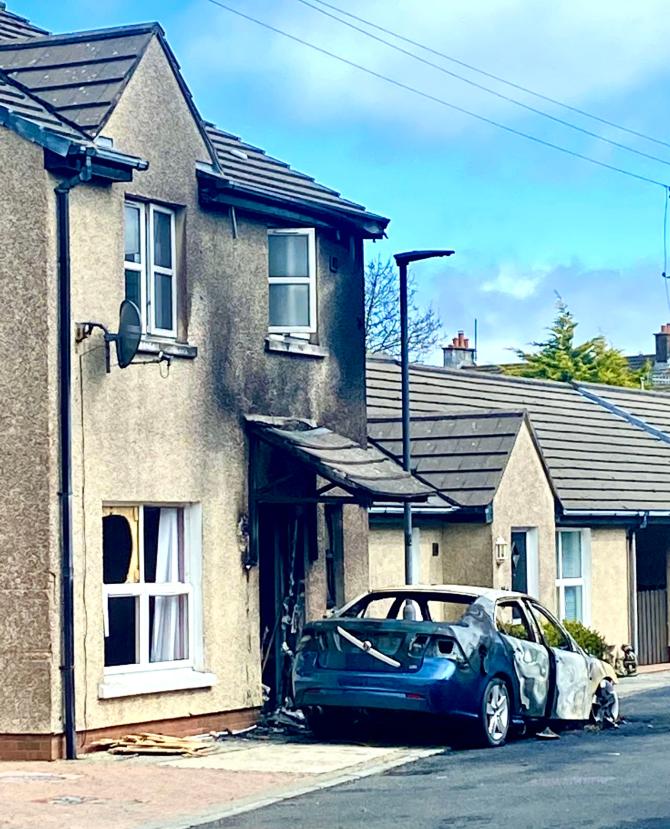 Overnight Arson attack at a home in Ramoan Gardens Ballycastle where a car and a house were set alight in the early hours of Sunday morning. Police are appealing for witnesses.

POLICE in Coleraine are appealing for information following a fire at a property Ballycastle yesterday morning.

A PSNI spokesperson said: “Police attended a report of a car on fire shortly after 3.15am, alongside colleagues from the Northern Ireland Fire & Rescue Service, in the Ramoan Gardens area of the town.
“While extensive damage was caused to the car and a nearby house, thankfully the two people inside the house at the time were unharmed.
“Enquiries are ongoing, however, this is being treated as an arson attack at this time, and we continue to appeal to anyone who was in the area and saw what happened, or who saw any suspicious activity in the area or has any CCTV footage to call us on 101, quoting reference number 317 01/05/22.
“Alternatively, information can also be provided to the independent charity Crimestoppers on 0800 555 111, which is 100% anonymous and gives people the power to speak up and stop crime."