Local Councillor is ‘not asking the earth’ for Craig's Wood 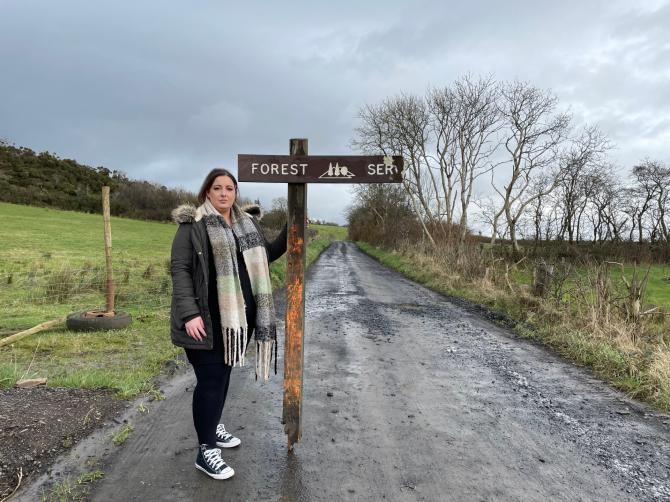 Sinn Féin Councillor Leanne Peacock holds the rotten Forest Service sign at the entrance to Craig's Wood. Though the new sign will be replaced, it will not say 'Craig's Wood'.

A RASHARKIN Councillor, who has made numerous requests to Forest Service, for basic signage, benches and bins, at a local beauty spot, has described their repeated refusals as “not good enough.”
Sinn Féin Councillor Leanne Peacock, who has been lobbying Forest Service for several years to get these modest improvements at Craigs Wood, near Rasharkin, has also accused them of failing to adhere to standards set out in a report they commissioned themselves.
Describing Forest Service responses to her “numerous emails” over “the past couple of years” as “disinterested,” Cllr Peacock told The Chronicle:
“I am certainly not asking the earth, just some small enhancements to improve the experience for the public.”

For more see this week's Chronicle.