Foodbank marks birthday, 127 tonnes of food given out in eight years 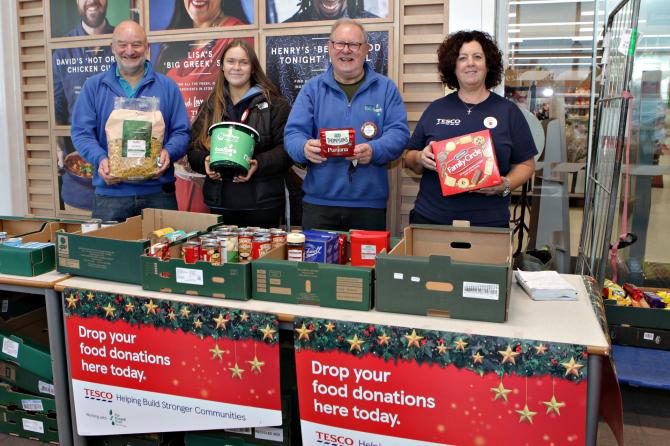 “WE HAVE have seen poverty that has been shocking and surprising and our expectation is that this trend will unfortunately continue and probably escalate.”
These are the powerful words of Ballymoney Foodbank Director and founder member Mr Peter Rollins, spoken as our local foodbank marks it's eighth birthday.
Peter made his comments just after their busiest January ever, with 352 people receiving food.
The total weight distributed was a massive 2.714tonnes not including toiletries, fresh produce and bread.
“Our busiest January since Foodbank opened,” Peter said
In a piece written exclusively for The Chronicle, Peter revealed that almost 15,000 people, including over 5000 children have been helped since the opening in February14.

For more, see this week's Chronicle.