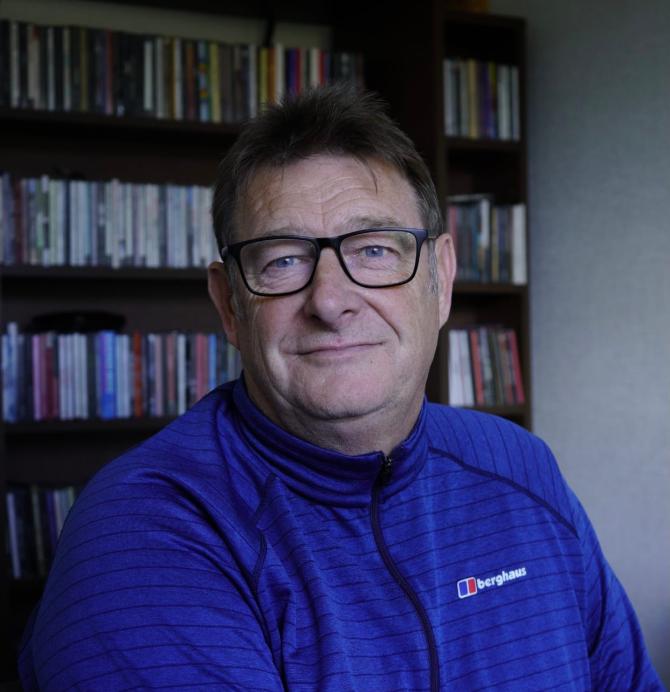 FORMER Coleraine footballer Frankie Moffatt has swapped his boots for the laptop with the publication later this month of his first book - 'The Penzance Smash, A Story of One Loft, One Race and One Family.'

An Irish Cup winner with his hometown club in 1977, Frankie forged a hugely successful life in business to go alongside his exploits on the playing fields.

And, now, in retirement, it appears as if he is on the threshold of another career - this time as a published author.

Semi-autobiographical in nature, the 70-page book has been described by publishers Austin Maccauley as a 'story about love and family.'

"It captures a period in time, the post-war era, when people were beginning to put their lives together again after the horrors and shortages caused by the Second World War," explained a spokesperson.

"Whole communities were springing up all over the United Kingdom in newly built housing estates and this story is focused on one family within such an estate.

"It also tells of a sport, homing pigeon racing, which was once so very popular amongst the working classes but has now almost disappeared.

"Through this setting, the author evokes a very moving and visual tale of the hardships faced by one family and recounts how one man brought up two young boys, giving them the best life that he could.

"There were no manuals or self-help groups then, but this man quietly went about raising his boys and teaching them the values that he believed would be necessary for their futures.

"He taught them to be independent, to be respectful and to never give up matter what life threw at them. Most importantly, he showed them what real love is," added the spokesperson.

Despite the book being ostensibly about Frankie, his brother Adrian and their late father, Joe, the real stars of the book are the family's pigeons who come to take on human qualities as the story progresses.

It's a gentle tale but boasts powerful messages about life, its struggles and how we can deal with them by bonding together as family and as friends.

Out at the end of November, 'The Penzance Smash' is available to pre-order from publishers Austin Macauley and Waterstone's.

There is also chat that there may be a launch later this year in Coleraine so watch this space.

In the meantime, there will be much more on this story, including a chat with the author, in Tuesday's newspaper.