Killer drivers should be jailed - Life After protest at Coleraine Courthouse 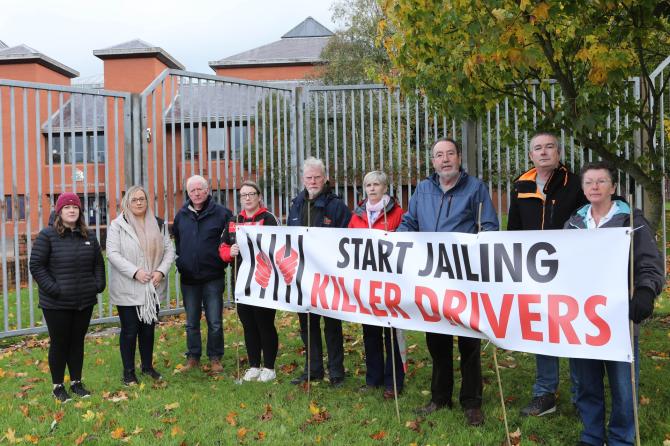 Pictured outside Coleraine Court House are families from Life After protesting against the way they feel the criminal justice system has failed them and their loved ones. WK44-18TM

ROAD Traffic Collision families support charity Life After held a protest outside Coleraine Court House on Monday morning (Nov 1), to highlight how they say that the courts process is letting people down.
Life After's Christopher Sherrard, pictured second from the right, said: “The protest is being held to highlight the fact that the Criminal Justice System is failing our families and that stiffer sentences need to be handed down to drivers who are responsible for taking a life on the roads.
“In our charity there has been quite a few families who have had to endure the court process, all of them complained about the whole scenario, from poor preparation, to vulnerability while in court, the manner in which the perpetrator is treated compared to the family and their departed loved one, the poor sentencing which is handed down, and the lack of care for families after court."

Full story in this week's Chronicle in shops now.