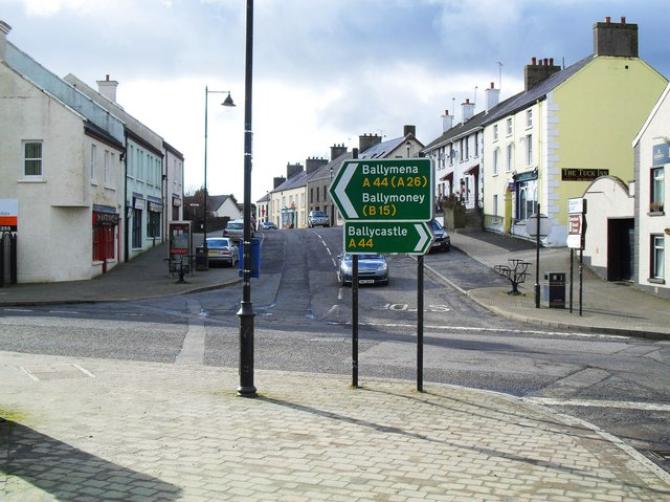 The woman lives in the Main Street area of Armoy

THERE has been cross party condemnation after six masked men broke into an 83-year old woman’s home in Armoy last Thursday night.

The heartless burglars made off with a substantial amount of money, leaving the victim extremely distressed.

The incident has sparked anger and outrage in Armoy, a close-knit village well known for its community spirit and unwavering support of locals.

Indeed, Mr Gerry Burns,  Secretary of Armoy Community Association told the Chronicle that Armoy residents were shocked but going to do whatever they could to support the more vulnerable members of their community.

He said: “We were shocked and saddened to learn of the burglary on this elderly woman; so well known to all of us. Armoy is a community with a shared pride in looking out for one another. We will do whatever we can to support and care for the elderly and vulnerable in our community.”

DUP MLA Mervyn Storey, who grew up in Armoy and still holds an affinity for the place and people, condemned the thugs who burgled the elderly lady.

His comments come after visiting the victim in her home on Friday.

*For more see this week's Chronicle*