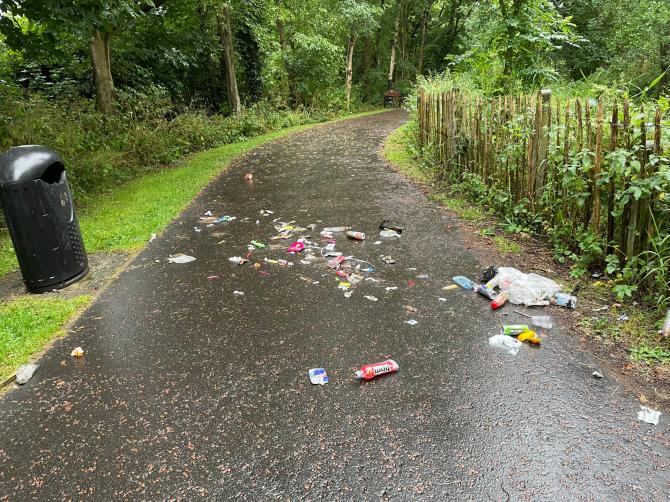 Litter strewn across the path, Trim Trail, Riverside Park, the morning after 100s of young people had congregated.

POLICE will be deploying more officers to Riverside Park, in the wake of a recent assault on a teenager and ongoing issues related to the congregation of large numbers of young people at weekends.
Local DUP MLA Mervyn Storey and Cllr Ivor Wallace met PSNI Inspector Burns last Friday, with Cllr Wallace emerging from it to say:
“We had a very frank and productive meeting which we hope will be a successful plan moving into the darker evenings.”
The Chronicle understands that this will involve extra patrols of up to four officers on Friday and Saturday evenings, with plain clothes officers being deployed as well.
Cllr Wallace continued:

See full story in this week's Chronicle, in shops now...