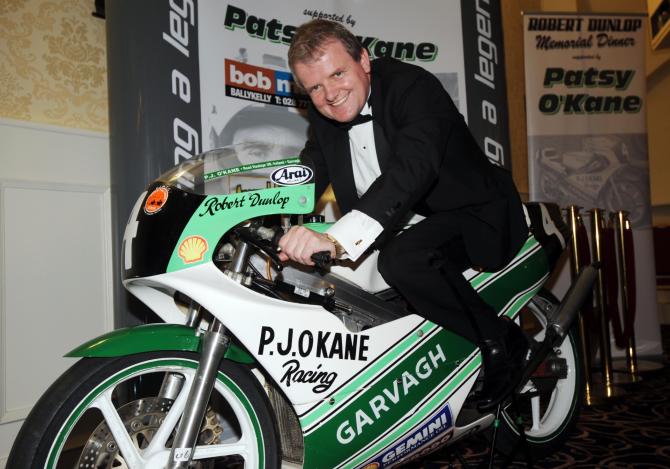 THE family of popular Ballykelly car sales businessman Bob Mullan have spoken of their 'heartbreak and devastation' at losing their dad so quickly.

The business, which was established in 1980 in Ballykelly, grew to become one of Ireland’s most successful used car businesses,

The motor ‘supermarket’ later moved to a new premises at Campsie in Eglinton, drawing customers from all over Ireland.

Elaine O'Hara, Bobby's daughter, spoke to the Alpha Media Group's Northern Constitution newspaper on behalf of the family, admitting that the family was heartbroken that Covid has 'cut dad's time so short.'

“Dad had just turned 69 and we thought we would have many more years with him yet. We are heartbroken that Covid has cut that time short," said Elaine.

“Losing someone so close is devastating in itself, but not being able to say goodbye properly has just added to our grief.”

Bobby's children all spoke with great pride at all their dad achieved in his life and of his love, kindness and generosity.

“We are so proud of everything dad has achieved throughout his life but we are most proud of his kindness and generosity towards us as a family and anyone who was lucky enough to cross paths with him," continued Elaine.

“He was so trusting and saw the good in everyone, he was such a kind-hearted man.

"He always stayed positive and no matter what the situation he always knew a way out of it. He was our hero.”

Bobby's children wish to thank everyone at Altnagelvin Hospital who supported their dad in his final days.

The family said: “We are thankful to the nurses who organised a video call for the family before he deteriorated.

“We would like to thank the doctors, nurses and staff at Ward 26C and ICU Altnagelvin for working tirelessly to help our dad over the three weeks that he was in their care.

“Dad commented numerous times on how well he was being looked after, calling the staff his ‘friends’ and referring to Altnagelvin Hospital as ‘like a five star hotel.’”

In honour of Bobby’s kindness and generosity his family have set up a Just Giving page to raise funds for Ward 26C and ICU in Altnagelvin Hospital.

Money raised will be split between the two wards in memory of Bobby Mullan and the link for donations is – www.justgiving.com/crowdfunding/bobby-mullan.

Mr Mullan was laid to rest on Wednesday September 22 at St Finlough’s cemetery in Ballykelly, following requiem Mass at Star of the Sea church, Faughanvale.

A large number of tributes have been paid to Bobby Mullan from local public representatives and organisers of the International North West 200 Road Races with whom he had a long relationship.

“It’s a sad loss - Bobby was involved in sponsorship of the North West from away back," said former Event Director Mervyn Whyte.

“He was always very supportive of the event itself and for a number of years he provided us with course vehicles, and he also gave a lot of vehicles to the competitors themselves.

“Bobby was always there to provide any help that you needed and he was a great financial help to us at the end of the day.

“In 2009/2010 he sponsored the new lighting system that we introduced for the first time. He paid for the whole thing and that was a great help at the time.

“He was an absolute gentleman and was always on hand to help when he could.

“It’s the end of an era now that Bobby’s gone, there’s no doubt about it; it’s a sad loss, especially for his family.”