Stendhal organisers suggest festival is in 'a very precarious position' 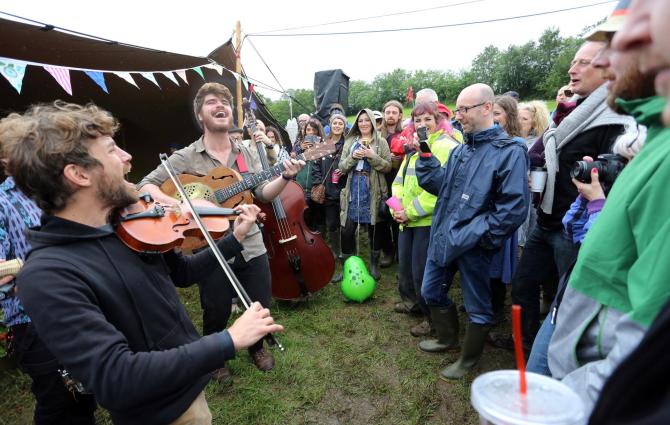 Stendhal Festival is in 'a very precarious position', according to organisers

An emergency council debate has been called to resolve a row that is threatening the future of some of the North Coast's favourite events.

Among those in jeopardy are the NW200 and, as the Chronicle can reveal this week, the Stendhal Festival.

In a normal year organisers have relied on revenue from the council's Tourism Events Fund.

But earlier this year an alternative Events Recovery Fund was set up, aimed at helping events affected by the pandemic, whether they run or not.

However, that move has become the subject of a legal challenge that has yet to be resolved.

This week a letter to councillors from Stendhal chief Ross Parkhill suggested the delay had left his team in “a very precarious position.”

And he called on councillors to find resolution “as a matter of urgency” - and well before the first of two reduced-scale events scheduled for July 9.

“The importance of the situation following two years of no trading could not be more obvious given the pandemic we have all just faced,” he wrote.

Mr Parkhill said Stendhal's build-up was “like organising 50 weddings all on the same day, all with no savings and no father of the bride.”

“This puts our event in a very precarious position and is no way to return after what will be two years since an event and the corresponding trading.

He therefore said some kind of guarantee on funding was required 'within a fortnight' instead of the next scheduled full council meeting on June 29.

It's since emerged that Cloonavin's incoming and outgoing mayors have agreed add the matter to the agenda of Monday's council AGM.

It was back in March that the council voted to launch a Tourism Events Recovery Fund offering organisers assistance with costs whether their event runs this year or not.

Among them are the NW200, Stendhal, NI Supercup, both Ballymoney and Limavady's agricultural shows, and Portrush's Pipe Band Tournament.

Though the hand-outs were approved at committee and full council level, call-ins have been lodged by Sinn Féin and a second group that includes independents, Alliance and SDLP members.

The party said it needed clarification on whether the council was creating a 'quasi-partnership' or 'quasi-relationship' with two limited companies benefiting from the scheme.

The second challenge was submitted in the interests of 'fully informed decision making' and to allow the council 'to follow the rules on public expenditure and 'avoid legal proceedings.'

In his letter to councillors, Stendhal's Ross Parkhill suggested the urgency of the matter required a special meeting by mid-June at the very latest.

He wrote: “Via Zoom I imagine a special meeting could be done quite quickly and allow ourselves and the other great events in the region the opportunity to put our best foot forward in rebuilding our respective events/organisations following this horrible time.

“That's the leadership we need right now. We can't simply wait and see if it materialises on June 29."