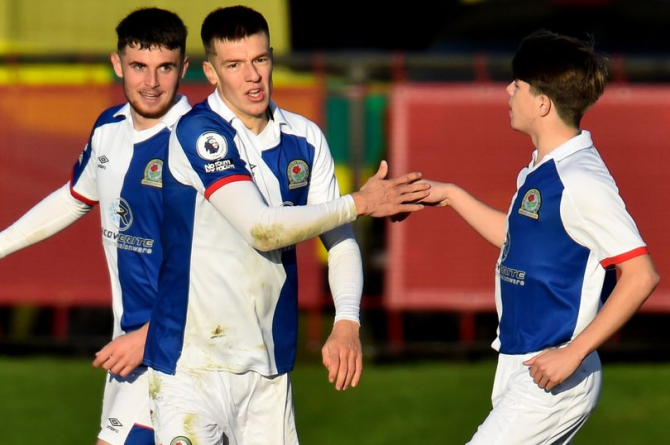 FORMER Coleraine midfielder Brad Lyons has revealed that he is to leave Blackburn Rovers at the end of the season.

The Ballymoney man, currently on loan from the Championship club at League Two club Morecambe, revealed on social media on Friday that his time at Ewood Park is over.

"Unfortunately all good things must come to an end, and after three great seasons my time at Blackburn Rovers is over!" said the 23-year-old.

"Just want to say a massive thanks to Rovers as they were the team to show faith in me and give me the opportunity to play full time professional football.

"To all the staff, coaches and players - thank you for welcoming me to the club and helping me improve not only as a player but as a person and I wish you all success in the future.

"On a personal note I can't wait to see what the future holds but for now all my focus is with Morecambe and the play-offs," he added.

Lyons made 94 appearances for the Bannsiders in a five year spell before initially joining Blackburn Rovers on loan in 2019.

In January 2019 he signed a permanent 18 month contract with the Lancashire club before spending time on loan at Scottish club St. Mirren later that same season.

The Buddies, of course, were managed at the time by his former manager at Coleraine, Oran Kearney, now back in charge at Ballycastle Road.

No doubt there will be plenty of speculation linking the pair with a reunion but Brad's immediate priority is helping current club, Morecambe, navigate the League Two play-offs.

The Shrimps will play Tranmere Rovers over two legs to see who plays either Newport County or Forest Green in the play-off final.