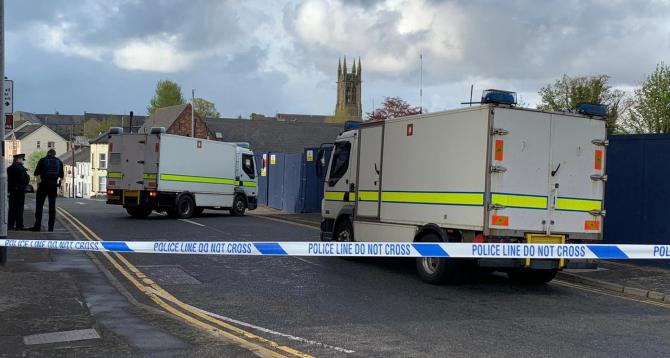 SINN Féin MLA Caoimhe Archibald has condemned those behind a security alert in Coleraine on Wednesday morning.

The East Derry MLA said: "A security alert caused by reports of a suspicious object in the Brook Street area of Coleraine has brought nothing but disruption to the area.

"Local residents have been evacuated from their homes as a result of this alert.

"Those behind this alert have nothing to offer the people of Coleraine and need to end these futile actions immediately."

The PSNI has confirmed that officers are currently at the scene of a security alert in Coleraine town centre.

"Police are in attendance at a security alert in Coleraine following the discovery of a suspicious object in the Brook Street area this morning, Wednesday," said a PSNI spokesperson.

"Brook Street is closed and a number of homes have been evacuated."