Ending the harm inflicted on people and communities by paramilitaries and criminals is Executive priority, says Long 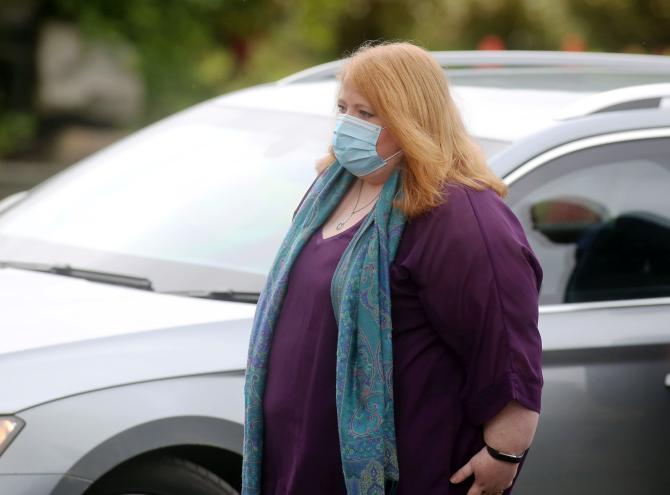 INDIVIDUALS and communities vulnerable to paramilitary control and violence are set to receive continued support through new funding and support as part of a package of initiatives announced today by Justice Minister, Naomi Long.

Announcing a mix of immediate and longer term funding to extend the cross-Executive Tackling Paramilitarism, Criminality and Organised Crime Programme, Justice Minister Naomi Long said paramilitaries hold communities back, exploit them, deny them opportunities they deserve and hurt them, in many cases maiming people and carrying out horrific human rights abuses with lasting impacts on individuals, their families and our society.

Minister Long said: “This renewed funding will focus on helping those facing paramilitary harm in the here and now as well ensuring that young people are not drawn into a new generational cycle of paramilitarism, violence and crime.

“People have had to live with paramilitary control, violence, threats and exploitation for far too long. Life is hard enough without this. Families, communities and businesses are all desperate to return to normal after Covid-19 and the last thing they need is the negative influence of paramilitary gangs seeking to exert control, often for financial gain.

“Our focus, by extending and refocusing the Executive’s Programme to address paramilitarism, criminality and organised crime is to stop harm, both in the here and now and for the longer term. Through the Programme we will cut off paramilitary supply chains, whether that’s paramilitary drugs that ruin people’s lives, money-lending that leads to misery or the violence that leaves vulnerable kids shot and maimed in the street. There should never be any place for this and as a society, it’s so important we support the people who every day stop another generation being scarred in this way.

“This of course is a challenge that goes well beyond justice. It takes commitment from so many people but I am heartened by the incredible work that has already been done by so many people across the public, voluntary and community sector, often quietly and courageously, to end the harm caused by paramilitaries and those who try to cling on to their attempts to control people.

“The start and end point of all our work has to be the people affected by paramilitaries. They are the ones who deserve our support. We are already supporting projects that reduce violence and make sure a new generation of vulnerable young people are not exploited or recruited by paramilitaries. We also want to ensure that the role of women in communities is supported and that the justice system delivers justice more quickly. And we want to ensure that communities have faith in the law enforcement response all the way from neighbourhood policing right through to the dedicated focus and cross-agency work of the Paramilitary Crime Task Force.

“Finally, a central theme to the programme is that we’re out working in communities, listening to people’s concerns and developing solutions in conjunction with them. The Communities in Transition project has been working to build capacity in eight areas where there is a history of paramilitary activity, criminality and coercive control, providing people with the opportunity, skills and confidence to improve their local area, building on what is already working well locally, whilst narrowing the ground for paramilitary influences.

“We are operating currently in a less than ideal context, not least in light of the financial and social impacts of the ongoing global pandemic. This does not mean that we put our efforts on hold – quite the contrary – it puts an onus on us to be more creative, and to find innovative ways of delivering for those in need.”

The First Minister, Arlene Foster said: “I am pleased that proposals have been approved to ensure the continued delivery of the Tackling Paramilitary Activity, Criminality and Organised Crime Programme.

“This is one of the Executive’s key strategies and it recognises that there is no single answer to dealing with issues that lead to coercive control and instead a number of approaches need to be taken together.

“I look forward to continuing our collaborative work across the Executive to support people and communities, building on the progress that has already been made.”

The deputy First Minister, Michelle O’Neill, added: “This Programme recognises that tackling criminality and organised crime within our communities requires cross-Executive agreement and a joined up approach.

This week's front & back pages