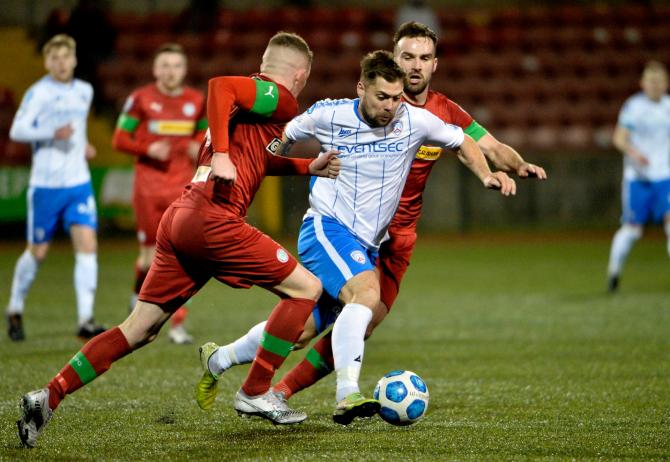 THE Irish Premiership will be halted for two weeks amid Northern Ireland's most recent Covid-19 surge.

Three fixtures will go ahead as scheduled on Saturday before the competition is suspended until January 23.

"Having considered views of membership and all key stakeholders the decision has been taken in light of the continued Covid-19 pandemic.

"Matches will be scheduled to resume on Saturday January 23 and prior to those games commencing Covid-19 testing for players, coaches and officials will be arranged to ensure a safe return to play.

"The three remaining Danske Bank Premiership matches scheduled for tomorrow (Saturday January 9) will be played as scheduled," the spokesperson added.

Of Saturday's six scheduled fixtures, which were initially postponed from Boxing Day, only Dungannon Swifts' trip to Warrenpoint Town and the north Belfast derby between Cliftonville and Crusaders are set to go ahead.

The third game to take place on Saturday - Coleraine's trip to Carrick Rangers - is another previously postponed fixture that was able to after rescheduled after the teams' respective games on January 9 were called off due to Covid-19 cases at Ballymena United and Larne respectively.