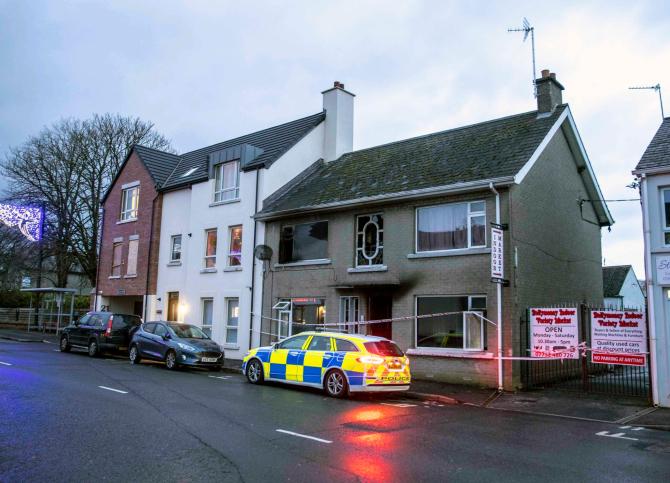 House on Charles Street, Ballymoney where two men had to jump from an upstairs window to escape last night's blaze. Pic Kevin McAuley.

POLICE are investigating the circumstances surrounding a fire at a flat in Charles Street Ballymoney last night (Fri 25/ Sat 26).

Police and NIFRS responded to the blaze which was reported at 9:25pm.

Two men who were in the property at the time managed to get themselves out and to safety through an upstairs window.

Inspector Stephen McCafferty said: "Thankfully, no injuries have been reported in what was a terrifying ordeal for the occupants.

“The cause of the fire remains under investigation and we would appeal to anyone with information about what happened to call us on 101, quoting reference number 1325 of 25/12/20."

A report can also be made online via http://www.psni.police.uk/makeareport/  or call Crimestoppers anonymously on 0800 555 111 or online at http://crimestoppers-uk.org/

Reports that the incident is being treated as arson, have not been confirmed by police.