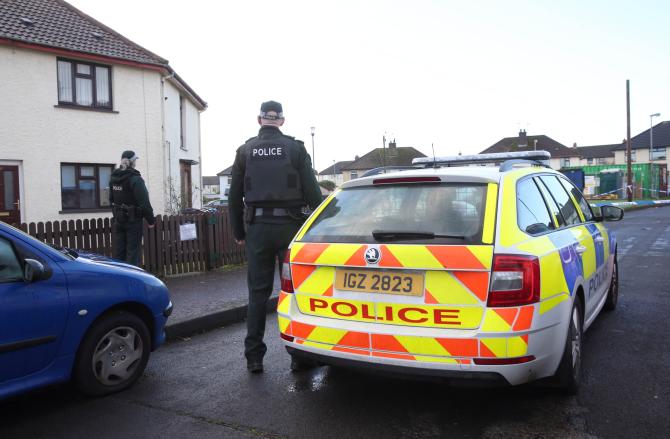 DETECTIVES from the Police Service of Northern Ireland investigating the shooting of a vulnerable woman in her home at Bushmills Road, Coleraine, in October and the attempted murder of a man in his 30s in Coleraine earlier this week have recovered two firearms.

On October 5, the 61-year-old grandmother was seriously injured when gunmen fired over 10 shots at her home leaving her fighting for her life in hospital.

She had been sleeping in a chair downstairs due to her various health problems when she was shot in the head by one of the many bullets fired at the house by a gang of three men.

On Tuesday November 24, a male aged in his 30s heard a knock at the front door of his house in the Churchlands Road area.

The man did not open the door and it was then that two shots were fired through the door and struck the man. He was taken to hospital for his injuries.

Detective Chief Inspector John Caldwell said: “Our investigation into these vile and callous attacks are continuing.

"The two firearms were recovered from the Greenhall Highway area on Wednesday November 25 and have been taken away for further forensic examinations to determine if they were involved in both shooting incidents.

“Earlier this week, I released CCTV footage of the three men I believe were involved in firing over 10 shots at a house in Coleraine in October.

"As stated previously, I believe the attack was carried out by members of the North Antrim UDA and that two different types of weapons were used - a hand gun and shotgun.

"I know one of the guns has been used multiple times to hurt other members of this community over recent months and it needs to be removed from the clutches of these dangerous individuals.

“I am appealing to the people of Coleraine to help us remove these violent criminals from their community by bringing any information they have to police.

"I would also appeal to anyone who witnessed anything suspicious in the Churchlands Road and Greenhall Highway areas of Coleraine on Tuesday November 24 to contact police on 101, quoting reference number 2174 05/10/20.

"We would also appeal to anyone who was on the Greenhall Highway or in the Heights area at the time of the incident and who may have dash-cam footage to contact police to help with our enquiries.

“We are particularly keen to speak with the driver of a red coloured vehicle which was in the Drumard Drive area of Coleraine at around 10:30pm on Tuesday November 24, who we believe may be able to assist with our enquiries.

“You can also do this online using our non-emergency reporting form via http://www.psni.police.uk/makeareport/.”