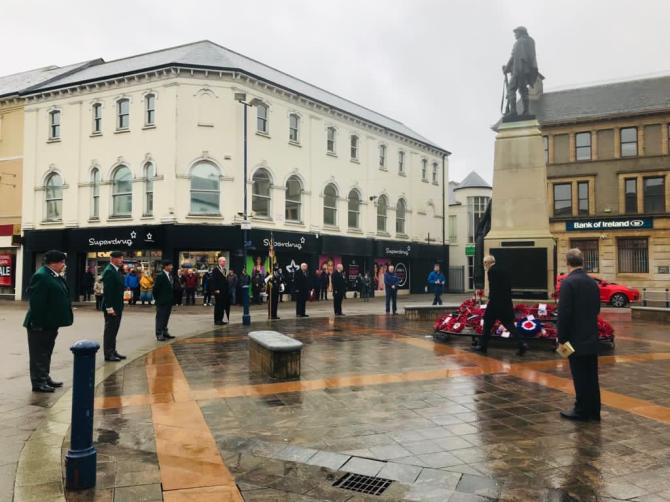 A moment of quiet reflection at Coleraine War Memorial on Wednesday morning.

A NUMBER of events have been held around the borough to mark Armistice Day.

Armistice Day is commemorated every year on 11 November to mark the armistice signed between the Allies of World War I and Germany at Compiègne, France, at 5:45 am for the cessation of hostilities on the Western Front of World War I, which took effect at eleven o'clock in the morning—the 'eleventh hour of the eleventh day of the eleventh month' of 1918.