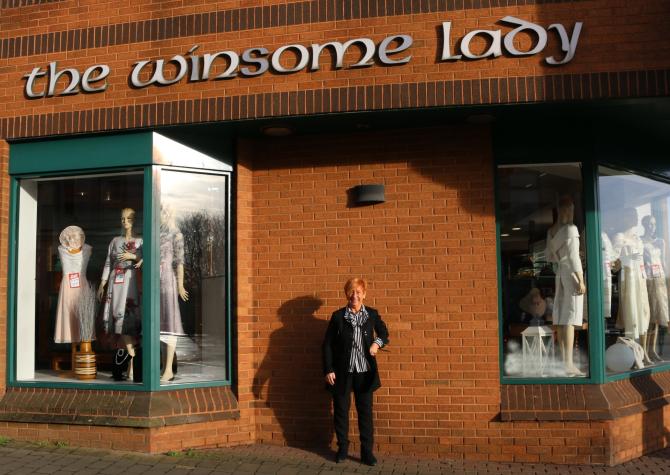 BALLYMONEY traders are said to be “shell shocked” after last Thursday's (January 9) draft business Valuation List, revealed massive increases for most town centre businesses.
“Shocked and devastated” is how President of the Chamber of Commerce Winifred Mellet described it, as the valuation for her own store sky rocketed 30%.
The fact that many Ballymoney businesses have seen a 20% hike, combined with the £3m budget shortfall currently faced by Causeway Coast and Glens Borough Council (CC&G), are ramping up fears that a massive rates increase is on the way for Ballymoney traders.

From April this year all 74,000 rate-paying businesses in Northern Ireland will pay relative to their 2018 rental value reflected in this updated list, instead of 2013 values as at present.
Such are the concerns being raised among Ballymoney traders that an urgent meeting as been sought with LPS.
Chamber President Winifred Mellet, proprietor of The Winsome Lady, sees a whopping 29.25% increase of £3100 in valuation on her property from £10,500 to £13,700.
Mrs Mellet said: “I was shocked and devastated when I saw the figures, I am up 30%. I understand most businesses are up 20%. Traders are shell-shocked at the news.
“And given the state of the council finances it's more than likely that rates will go up as well, it’s a double dunt."

For full story, including reaction from local councillors who will be setting the rates see this week's Chronicle, in shops now.