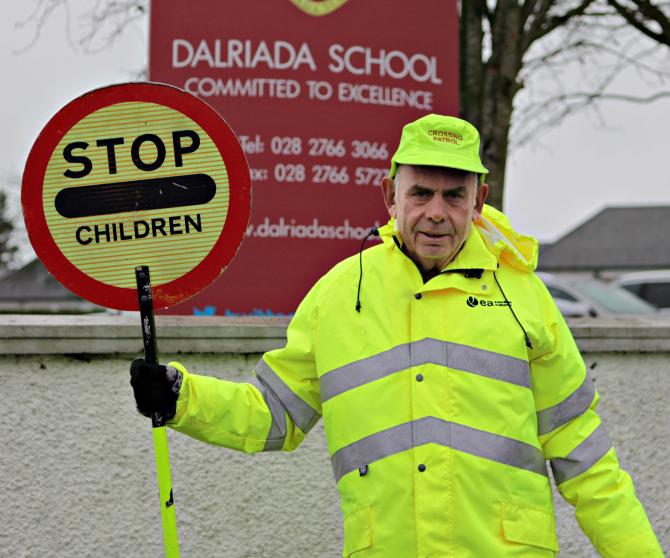 Crossing to success as 'Lollipop' man Roy Robinson, working at the North Rd. has lost 7 1/2 stone in weight since January. WK50KC09BM

A BALLYMONEY man, who, through the cruellest adversity, managed to transform his life in less than a year, has talked about his experiences.
“A burden to himself,” was how Mr Roy Robinson, from Milltown Court area of the town described himself prior to last January.
65 year old Roy, the lollipop man outside Dalriada School, was massively over weight, with related health issues, when on January 7 he thought enough was enough.
Since then Roy has lost a massive seven and a half stone in just 11 months.
This would be an impressive achievement for anyone, but during this time Roy with no warning, lost his only son Ryan, to a rare condition.
Semi retired, Roy recalled his previous life, saying:
“My knees were so bad with pain, I thought I was going to have to give my job up."

"For full story see this week's Chronicle, in shops now.