It was a fair day! 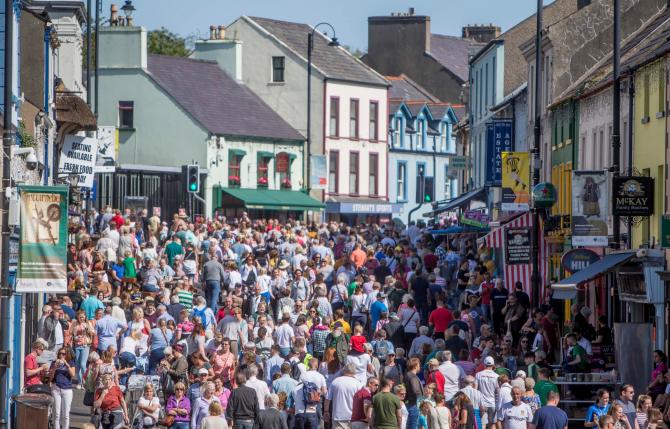 AS THE sun shone on Ballycastle on Bank Holiday Monday morning the town awoke to the sounds of the 2019 Lammas Fair getting underway!
As always, the mixture of locals 'down for a nosey' and visitors from further afield made up the thousands strong crowd which thronged the busy narrow streets.
Even as early as 8am there were people with babies in buggies, dogs on leads and children skipping happily alongside their parents...the Lammas Fair is traditionally the 'last hurrah' before back to school in North Antrim!
The smell of frying onions and burgers permeated the air and children were having to fight the wasps for their own candyfloss...but everyone was smiling and happy – especially those who had came to the Ould Lammas Fair for their yellowman and bargains!
If the number of bags people were carrying was anything to go by, there were quite a number of bargains to be had!
Of course any visit to the Ould Lammas Fair wouldn't be complete without a visit to the yellowman stall
Various songs played out throughout the day and the music lent a carnival atmosphere to the whole fair as a number of couples waltzed down Castle Street.
One of these couples, John and Patsy Lambert, said they'd been coming to the Lammas Fair every year for 30 years.
The couple, who are staying in Ballycastle on holiday, said: “We used to bring the children to the fair when they were young and now they bring our grandchildren.