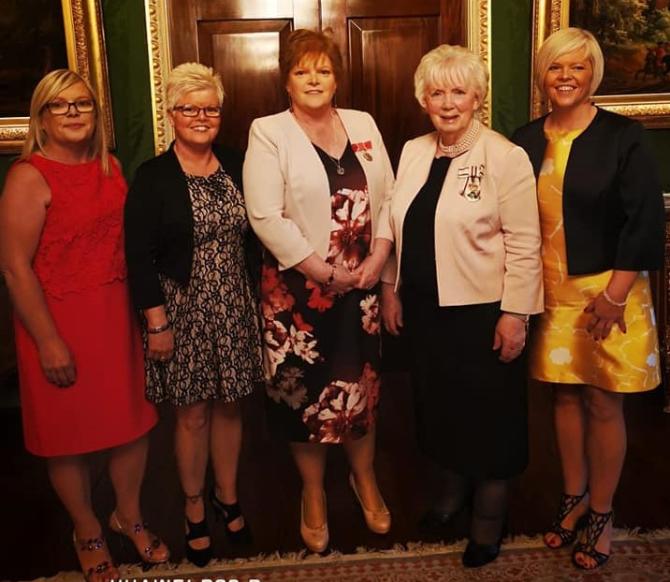 A BUSHMILLS woman has spoken of her pride after recently receiving her British Empire Medal at Hillsborough Castle.
Glenda Rodgers McCormick was recognised for her service to the community in the village and received her honour from the Lord Lieutenant of Antrim, Mrs Joan Christie CVO OBE, during an investiture at Hillsborough Castle on Monday, April 1.
Glenda has hosted the Bushmills Through the Wars Exhibition for the last 12 years and has helped to raise over £40,000 for different charities throughout that time.
Speaking to the Chronicle, Glenda admits it was a ‘great day’ as she was accompanied by three of her sisters.
“It was a fantastic day..."