‘King of the Corner’ to make a welcome return 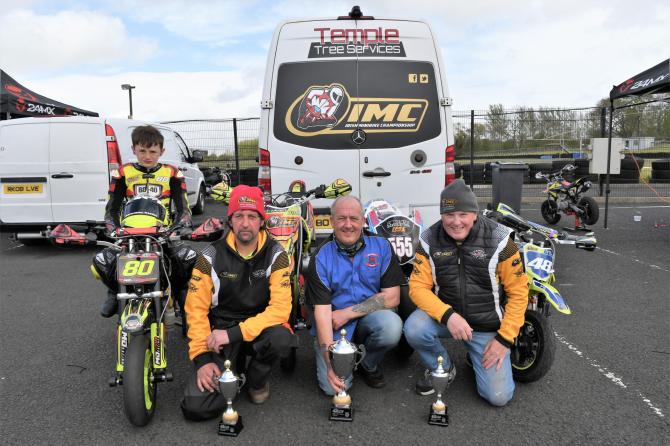 ONE of the most iconic short circuit race titles is set to return after a 10-year absence, albeit in a different format!

The IMC took their spin on the iconic 'King of the Corner' event back in 2019, using the feature to bring their 2019 season to a close.

The popular King of the Corner feature race was first run by the Mid Antrim 150 Club back in 1984 and ran for 19 years at the popular Nutts Corner race circuit.

The Mid Antrim 150 club, having recognised the growth of MiniBike Racing in Ireland thanks to The IMC (Irish Minibike Championship), has resurrected the King of the Corner Trophy for their forthcoming opening event of the year.

The club will be sponsoring trophies for the top three finishers of the feature race of the day which will be for competitors in the Stock 140 (A) class at the opening event of 2021 on July 11 at Nutts Corner.

The original King of the Corner always produced excellent racing, with both small and larger capacity bikes winning.

Brian Hewitt on board a 250 Rotax was the first winner of the trophy, followed by the late Gene McDonnell (500 Suzuki), then Geoff McConnell on a 350 Yamaha.

Mike Swann was the most successful winner at the event, winning the trophy on five occasions, while Woolsley Coulter was a triple winner and Rodney McCurdy a double victor.

The meeting always attracted a large crowd and, with restrictions gradually being relaxed, it is hoped that limited spectators will be allowed to attend this year.