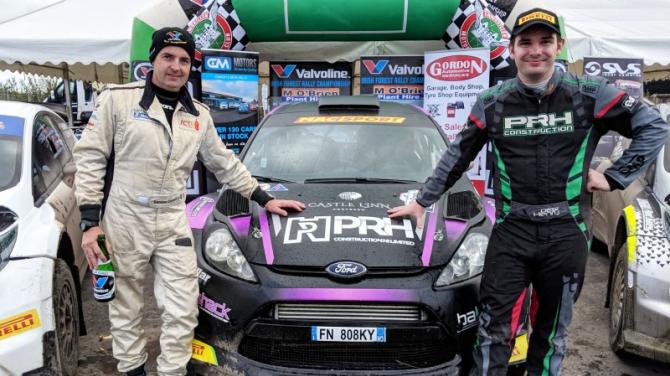 DESI Henry has said that results on this weekend’s Bushwhacker Rally will have a bearing on whether or not he commits his time and resources to try and win the Northern Ireland Rally Championship.

Henry and Damien Connolly won the last counter in Enniskillen – the Lakeland Stages Rally – by 22 seconds from Sam Moffett on what was their first grave outing in the Ford Fiesta RS World Rally Car.

Earlier in the season Henry chalked up a win on the closed-roads Maiden City Stages Rally in a Skoda Fabia R5 which he has since sold. Despite having only started two rounds he has a strong outside mathematical chance of winning the championship title by virtue of the fact no one leading driver has been able to dominate the series this season as has so often been the way in recent campaigns.