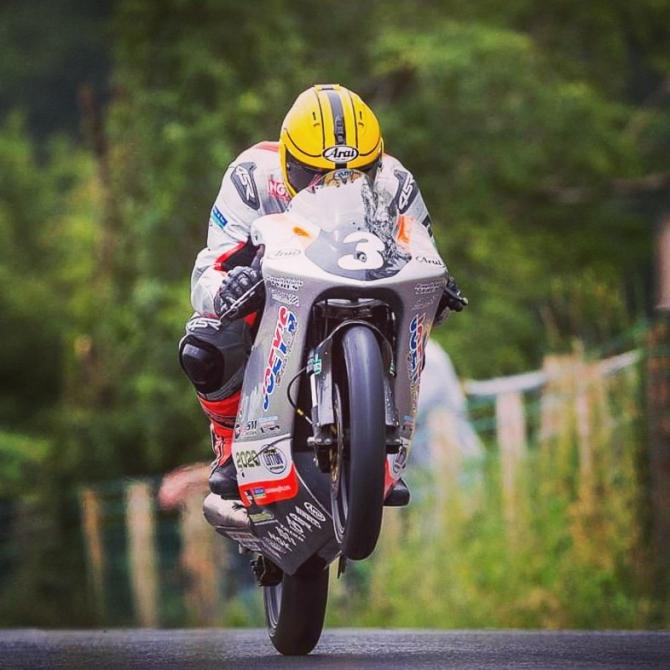 Gary Dunlop gets his machine airborne over Lagge Jump.

GARY Dunlop all but secured the Irish Moto3/125cc with his second-placed finish at the Armoy Road Races last weekend.

The Ballymoney man did not have it all his own way however, as machine trouble hampered his chances in Friday’s opening practice session meaning that Dunlop had to complete his five laps on a second bike.

After finding a resolution to the problem, Dunlop was forced to start from the back of the grid and admitted that finishing in the runner-up spot is the best that he could have hoped for.

Speaking to Chronicle Sport, he said: “I am extremely happy with the result because we had no practice whatsoever on Friday because of some machine trouble.

“I was just about to warm the bike up before the practice session got underway and it would not fire up but that is the way it goes sometimes.

“We worked at the bike late into Friday evening and I found out that it was a problem with the camshaft but I can have no complaints because the bike was faultless during the race," he added.

For a full round-up from this year's Armoy Road Races, see this week's paper.