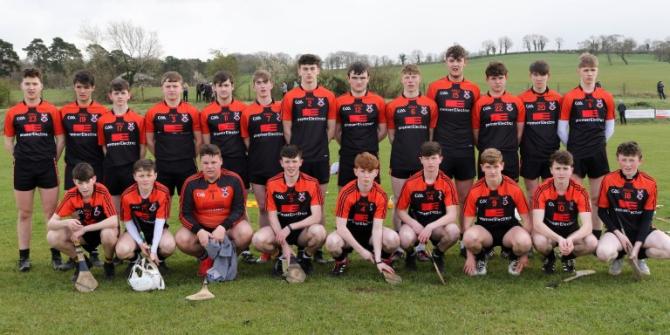 Cross and Passion hurlers will face St Killian’s Garron Tower in the final of the Danske Bank Foresters’ Cup.

THERE was no doubt about the winners in this Danske Bank Foresters Cup semi final replay, Cross and Passion making no mistakes with a convincing eight point victory in Ballymena.

With an unanswered 1-3 in the closing stages they booked themselves a place in the final against either St Killian’s Garron Tower, who were less than impressive in their semi success against SPatricks Maghera.

In many ways the game followed the pattern of the drawn encounter on Monday except that Cross and Passion reeled in a seven point lead that the city side had with two Caolan O’Connor goals in the 26th and 29th minute.

St Mary’s had made all the early running while Rian McMullan kept CPC in the game with three points in the middle of the first half. An early goal from Marcus Toner and a series of points from dead-ball specialist Daire Murphy had St Mary’s in control before the late goals.

After the break both teams went at it hammer and tongs with Rian McMullan’s 35thminute flicked goal cancelling out at the other end from Paul McLoughlin before Eoin Trainor pushed St Mary’s ahead with two excellent points.