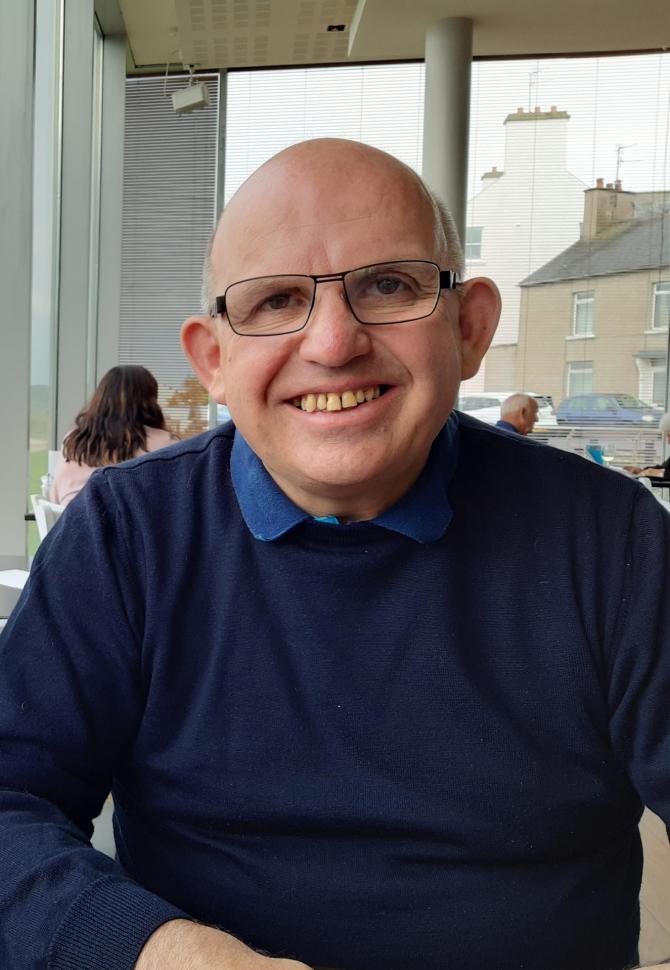 TRIBUTES have been pouring in for Cloughmills DUP Alderman John Finlay, who passed away yesterday (Monday Aug 1) morning, after losing his battle with cancer.
'One of life's characters', 'a dedicated public servant', 'a political giant', were just some of tributes paid to the 62 year old, from party colleagues and fellow politicians.
Causeway Coast and Glen's (CC&G) DUP Mayor Ivor Wallace, led tributes, saying:
“His faith and his family were his priority but he just loved serving his constituents in and around the Borough.”
“John was a one off and in every sense of the word one of kind,” said long time friend and political ally, Mervyn Storey.

DUP leader Sir Jeffrey Donaldson described him as ‘a passionate unionist’, that he was ‘deeply saddened’ by his passing.
Party Chairman Lord Morrow described Ald. Finlay as a faithful party member over many decades.
Both men said their “thoughts and prayers” were with his wife, daughters and the wider family.
Alderman Finlay is survived by wife Linda, daughters Naomi and Rebekah and wider family circle.
The funeral service will take place in Ballyweaney Presbyterian church on Wednesday.
CANCER
The four time Ballymoney Mayor had been diagnosed with bowel cancer, in 2020 and in December of that year he had an operation to remove the growth.
Sadly, it returned to his stomach in the summer of 2021, with treatment made more difficult because of Covid and repeated infections.
Earlier this year a full body scan revealed that it had spread to his lungs and liver.
He shared the news of his terminal diagnosis on social media on June 7.
In a candid interview with The Chronicle    a few days later, he said,
“My daughters are 27 and 24; I would have loved to see them get married, I would love to see grandchildren. But that is not to be and I am very disappointed about that.”
A committed Christian, he said in the same interview, “I will close my eyes in death and open them in Glory.”

COMPLETE PLEASURE
He had been a councillor for 24 years, first in Ballymoney, then CC&G council.
“It has been a complete pleasure, to serve the people of Ballymoney," he said.
He gained the respect of many, even political opponents, for the way he kept working, after his diagnosis, with TUV leader Jim Allister MLA commenting on how he "had bore his illness with great stoicism."
Local MP Ian Paisley said, “he was totally dependable, utterly loyal and always had your back.”
He was a member of all the Loyal orders, the Orange, the Black Preceptory and the ABOD.
On many occasions he was the voice of Dunloy Orangemen, opposing the long standing Parades Commission determinations, banning his lodge from parading in the village.
Back in June Alderman Finlay had expressed the hope of being well enough to lead Dunloy LOL on the 12th, which he was able to do.
He passed away less than three weeks later.
For all the tributes to Alderman Finlay as well as an outline of his long political career, see this week's paper.