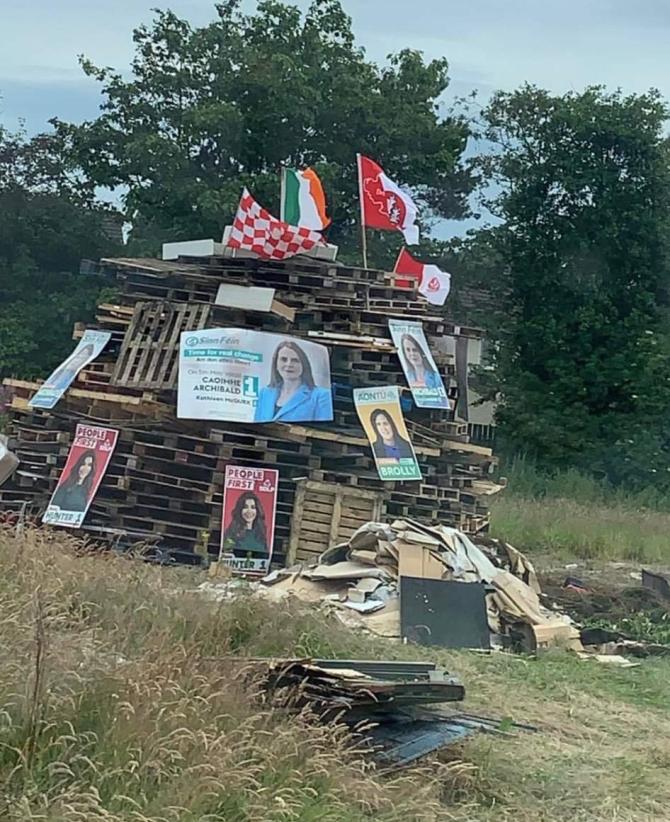 RECENT Aontú election candidate Gemma Brolly has blasted those who put her posters on Garvagh and Ballymoney's Carnany 11th night bonfires, and reported the matter to police.
The Ballerin based representative stood as an Aontú candidate in East Londonderry in May's election.
Mrs Brolly said: “My posters on bonfires in Carnany and in Garvagh were reported to the PSNI.
“Police followed up but could not remove Garvagh was 'too dangerous', and they did say they tried to ascertain where the posters came from and who organised the bonfire, to no avail.

Ballymoney DUP representative Mervyn Storey said that bonfires shouldn't be used  for expressing hatred; that it was an 'own goal' for Orange culture.

Garvagh DUP Councillor Adrian McQuillan  urged to Ms Brolly include in her condemnation "the removal of two Union Flags from Kilrea war memorial which only fly for 24hrs.”
The Chronicle contacted the PSNI in relation to the issues raised, with a spokesperson saying: