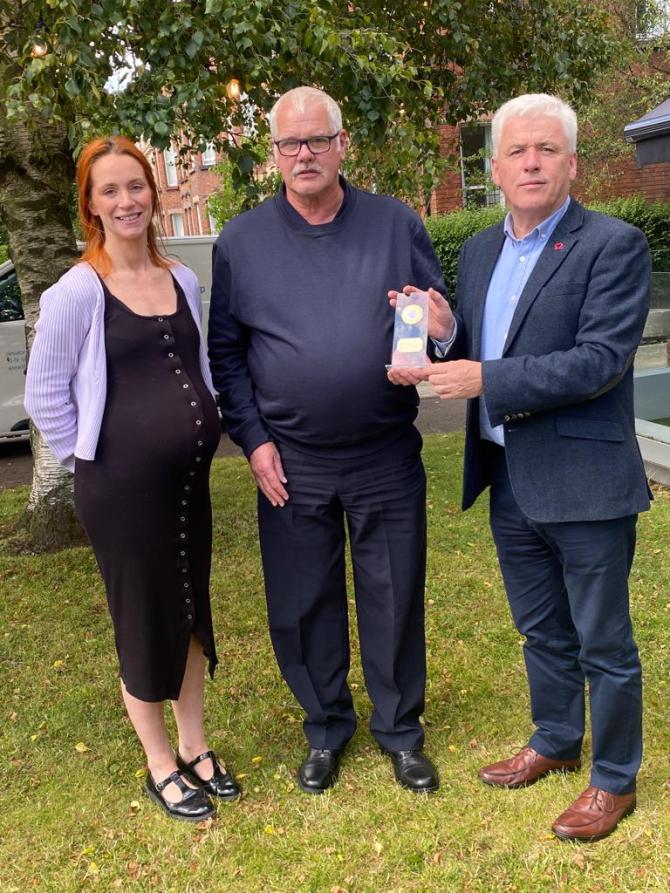 BALLYMONEY man David Dickie has had his decade of dedicated fundraising for the British Heart Foundation NI rewarded with a special presentation by the charity's top person in Northern Ireland.
Former broadcaster and now Head of British Heart Foundation (BHF) NI Fearghal McKinney made the presentation at the end of last month, treating the retired council worker and his wife to a nice meal.
Just the previous week, on June 24, David raised a magnificent £572.35, outside Eurospar in Ballymoney
Commenting, Fearghal said: “The wonderful David Dickie was recently out collecting donations in aid of BHF NI.