Discovering a morning of Irish treasures for Causeway U3A 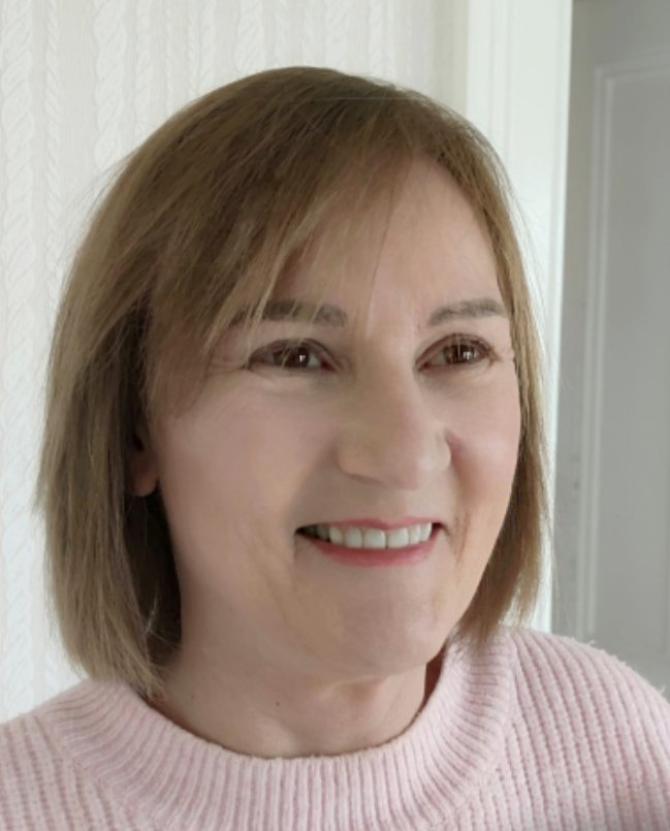 CAUSEWAY u3a’s monthly meeting enjoyed two informative and entertaining talks on Thursday, March 3 at the Lodge Hotel, Coleraine.
Bernie McCann from the Seamus Heaney Home Place in Bellaghy gave a short presentation about the attractions of the arts and literary centre devoted to the Nobel Laureate’s legacy.

The interactive exhibition includes books and artefacts donated by the Heaney family and the audio-guide offers the chance to hear the poet himself reading poems apposite to the various locations within the centre and its environs.

Further information about opening hours, prices and facilities is available on their website at www.seamusheaneyhome.com or by email at SeamusHeaneyHome@midulstercouncil.org

The main speaker was Patricia Cosgrave, a graduate of what was then the New University of Ulster, who has produced a journal illustrated with her paintings, mainly in pastels, of various Irish treasures located often, though not entirely, in the National Museum in Dublin.

She interwove her descriptions of some beautiful artefacts with stories about their discovery and provenance.

There was clearly more to learn about what happened after Paddy Flanagan and Jim Quinn discovered the magnificent 8th century AD Ardagh chalice whilst digging for potatoes in County Limerick in 1868.

The two lads disputed who had actually found the chalice and other treasures, but it was Mrs Quinn, who had rented the field, who sold the hoard to the Bishop of Limerick, George Butler, for either £5 or £50. Either way his reverence made a handsome profit when he sold it to the Royal Irish Academy for £500.

Paddy was less fortunate, ending in a pauper’s grave in Newcastle West, but Patricia’s attempts to discover how Jim came to emigrate to Australia, dying in Melbourne in 1934, have so far ended in frustration. The Ardagh chalice inspired the design of the Sam Maguire Cup, the Gaelic Football trophy, crafted in 1928.

BROIGHTER
Nearer to home Thomas Nicholl and James Morrow were ploughing a field in Broighter in 1896 when they unearthed a series of delicate gold objects from the 1st century BC, including a miniature model boat, two chains, and necklets which had possibly been intended as an offering to the ancient sea-god Manannan Mac Lir.
The hoard found its way via a Derry antique dealer, the British Museum, and a lengthy court case, to the National Museum in Dublin in 1903.
The Broighter collection included a tiny model gold cauldron but the Altartate Cauldron found by turf-cutters in a bog near Clones in 1933 was the real thing, huge, made of poplar, with yew handles.
Used by royalty for feasting, drinking and distributing food to their clans, there was also a sinister side to cauldrons which were credited with supernatural powers and could be used to brew potions or magic spells – see the Scottish play, Act 1, Scene 1.
Bogs had a reputation as magical places where the living and dead reconnected and cauldrons and other treasures were often hidden in them for safe-keeping.
Patricia’s ‘The Diary of Irish Treasures’ also contains illustrations and information about New Grange, the Tully Lough Cross, the Shrine of St Patrick’s Hand, the Killamery Brooch, the Clonmacnoise Crozier, the Corp Naomh leather satchel and the Doorgarymore Block Wheel.
Copies of her book, which although called a diary is not specific to any particular year, are obtainable via Amazon for £12.99, with 20% of the profits going to two charities, one providing clean water and the other promoting protection from on-line grooming and abuse.

AGM
In thanking Bernie and Patricia for two excellent presentations Causeway u3a Chair, Barbara Foster, reminded members that there was no meeting in early April because the AGM would be held in the Lodge Hotel on Thursday 28 April.
Since the AGM requires that ten percent of members are present, either in person, or on-line, u3a need 120 people to satisfy the requirements for a quorum and Barbara urged members to attend, particularly since a new constitution would be presented for their approval.
Membership of Causeway u3a is open to all retired and semi-retired people in the North Coast Area. In addition to monthly meetings like the one described above, it runs more than 50 different activity and interest groups for its 1200 members.
Anyone interested can find out more at www.causewayu3a.co.uk