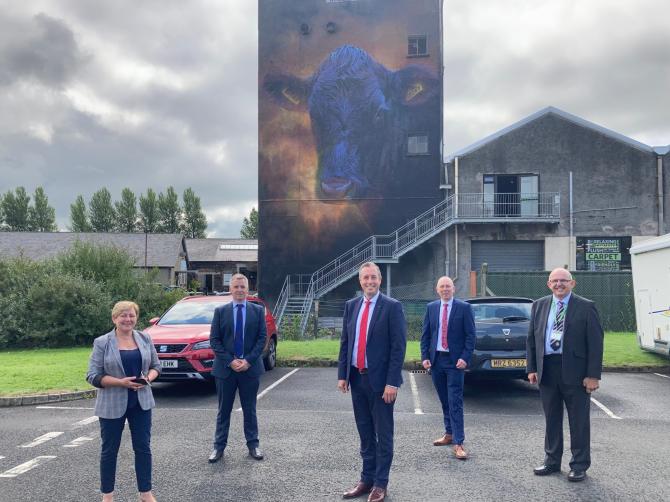 NORTHERN Ireland First Minister, Mr Paul Givan was in Ballymoney last week, where he paid a visit to the museum before seeing the towns fantastic new 'coo' wall mural on Seymour Street.

During his visit he viewed the ‘1919 – 1922 Partition in Ireland: Partition of Ulster’ exhibition and the Famous Sons and Daughters of Causeway Coast and Glens, both of which were curated as part of Council’s NI 100 programme of events to mark 100 years of Northern Ireland.

Speaking about his visit, Mr Givan said: “I heard that the Centenary Exhibition in Ballymoney Museum was being talked about and I wanted to come up and have a look and having seen it I think the town is lying down a marker there.”