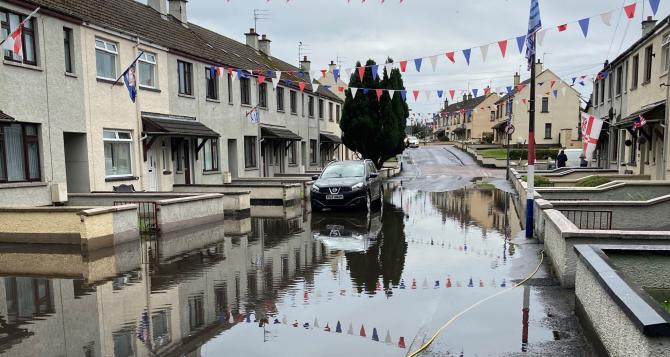 Scene in the Glebeside estate last week, after the torrential rain.

FOLLOWING last week's torrential rain, the Department of Infrastructure (DFI) is to investigate why the impact was so severe in Alexandra Avenue and other areas of Ballymoney.

DfI roads teams responded to 12 incidents in the Ballymoney area during last Wednesday (Aug 4) afternoon's severe rain, with water, sometimes polluted with sewage rose building up in many areas.

Most of the incidents were resolved quickly, but the fact that it took until 11pm to resolve issues Alexandra Avenue, has caused DFI to investigate further.

Local MLA Mervyn Storey has said that he was 'inundated' with calls and has asked for a meeting with DfI Divisional Manager to discuss possible solutions.