UK Points of Light are outstanding individual volunteers – people who are making a change in their community. Every weekday, the Prime Minister recognizes an inspirational volunteer with the Point of Light award 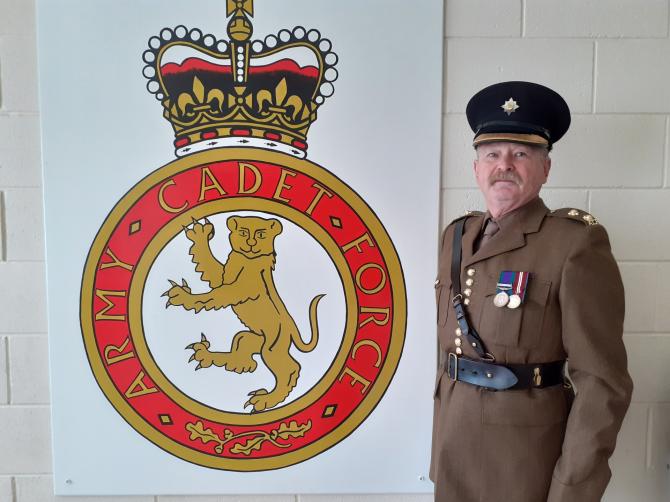 Lieutenant Stephen Lyons, from Ballymoney, County Antrim, is a former military Captain and now Army Cadet Force Lieutenant who has led his unit during the pandemic delivering food parcels to the vulnerable and Christmas gifts to isolated older people.

Lt Lyons also encouraged cadets to take part in virtual bike rides, walks and exercise classes during lockdown to keep hundreds of cadets across Northern Ireland mentally and physically well. Inspired by their commanding officer, many of the cadets of his detachment have won awards for their public service in the community.

Congratulating Lt Lyons on his recognition from the Prime Minister, Brandon Lewis MP, Secretary of State for Northern Ireland, said:

“Stephen’s inspirational example has made a real difference to his community during COVID-19, and I congratulate him for this fantastic achievement. This award is heartily deserved, and the positive impact of Stephen’s efforts will be much appreciated by all those who have benefitted from his excellent public service.”

“I was delighted to hear that Lt Lyons has been recognised by the Prime Minister with a Point of Light Award. Stephen has given many years of his time to providing cadets in his detachment at Cullybackey College and, more widely, within the 1st (Northern Ireland) Battalion, Army Cadet Force with invaluable opportunities that help develop their confidence, self-reliance, teamwork and communication skills. His drive and enthusiasm to keep cadet activities going during the pandemic, as well as his efforts, and those of his cadets, to help their community during the difficult times, are particularly impressive and commendable. Lt Lyons epitomises the 27,000 cadet force adult volunteers who are key in delivering the ‘cadet experience’ to 120,000 cadets across the country.”

In response to receiving the award, Lt Lyons said:

“I feel extremely humbled to be recognised for my efforts by the Prime Minister’s Office, especially at this time when so many people are volunteering to help others in such difficult times. I believe this represents all the hard work done by all those adults for young people in the Army Cadet Force and other youth organisations.”