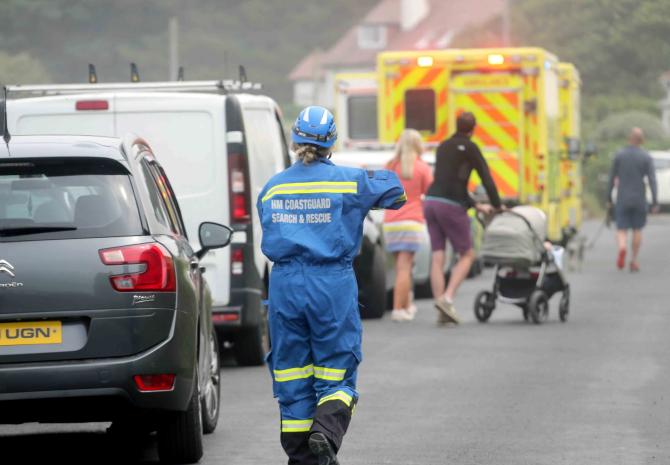 Scene of a major incident at Ballycastle beach.

Two people are in hospital after being rescued following a boating incident on the north coast.

Five people were rescued from the scene close to Ballycastle after an emergency call was received at 11.37am on Thursday.

Northern Ireland Ambulance Service dispatched four crews who worked with the air ambulance, coastguard and police to assist the five in the water and after they were brought to shore.

In a statement, the Northern Ireland Ambulance Service said that two patients have been sent to Causeway Hospital.

"The Northern Ireland Ambulance Service received a 999 call at 11:37 following reports of a boating incident off the Ballycastle coast, involving five patients.

"NIAS dispatched four Emergency crews and an ambulance officer to the scene. The Charity Air Ambulance, with HEMS crew, on board was also tasked to the incident by Ambulance Control.

"The Coastguard and PSNI are also in attendance and are working with NIAS crews to assist the patients while in the water and when brought to shore.

"Following assessment and initial treatment at the scene, two patients were transported by ambulance to Causeway Hospital in Coleraine."