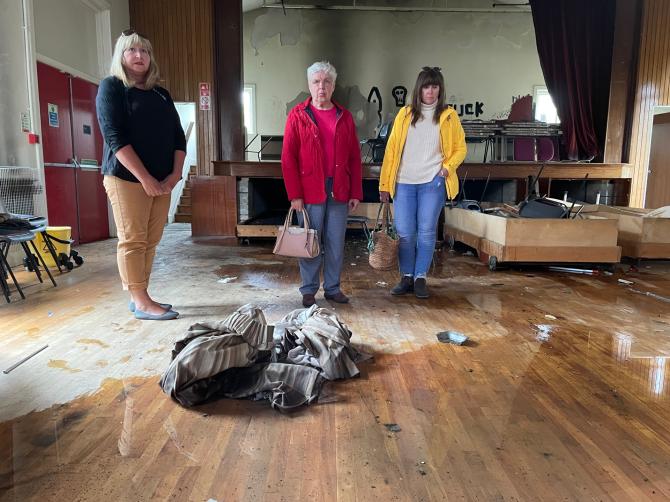 TWO arson attacks on the Edward Street Social Centre in less than a week have left pensioners from Ballymoney's Evergreen Club “shocked and dismayed.”

In the early hours of Tuesday, June 8 vandals broke into the building and used magazines to set fires in multiple locations including the stage, the dance floor and on a metal cupboard.

Many windows were also smashed and the place daubed with foul mouthed graffiti.

“Why they can't leave the thing alone,” said Evergreen Treasurer Isobel Dunlop, “what harm was it doing them, If it was to sit there for an eternity, it wasn't doing them any harm.”